King Promise is the best artist in Ghana – Mr.Eazi 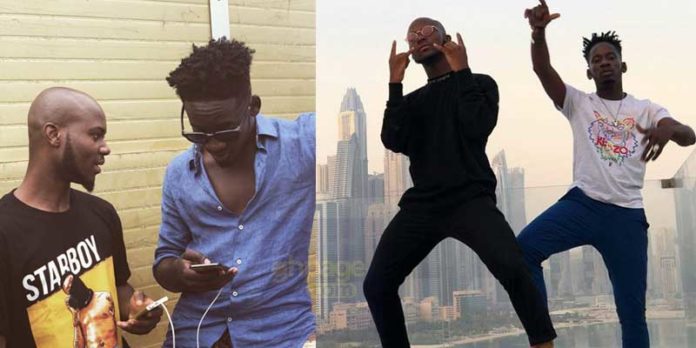 Nigerian singer and entrepreneur, Oluwatosin Oluwole Ajibade, known by his stage name Mr Eazi in an interview have described King Promise as the best musician in Ghana currently.

In an interview with Andy Dosty on Hitz FM, the ‘Leg Over’hitmaker cited that a lot of Ghanaian musicians are working hard but King Promise stands tall considering the current trend and the kind of music he’s producing.

“I’m sorry I keep mentioning King Promise’s name, he is my best artiste of the whole Ghana,” Eazi disclosed in an interview on Hitz FM.

“Everybody is working hard, at least the musicians I know that are my friends, King Promise is working hard… when you plant, the season of harvest is different…I can only speak for my friends, the people closer to me,” he stated.

Mr Eazi, who shot to fame after he was endorsed by BET award winner and Nigerian Singer Wizkid said he was making the pronouncement based on his relationship with artists he was close to including, King Promise, Shatta Wale, R2bees, Darkovibes, Kwesi Arthur, Joey B, Sarkodie, Patapa and Pappy Kojo.

Read more: I will be the biggest artist in the next 5 years -Kidi

The songwriter and entrepreneur also stressed that African music has a lot of talents which are being recognised across the globe.

He said: “Those who know us, hold us in high regards… Every music across the world need promotion, promotion is never enough…including the media, is something everybody must do, everybody must show love.”

Mr Eazi is the pioneer of Banku music, a fusion sound he describes as a mixture of Ghanaian highlife and Nigerian chord progressions and patterns.

Read this: D Black called a song I gave him as wack and all I did was laugh -Mr Eazi