King of Sakawa, Abusua opens up more on how he made his money 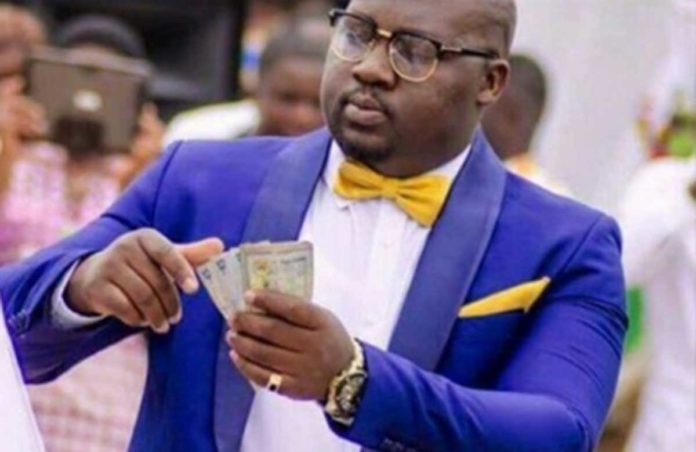 Abusua, who is popularly known as the King of ‘Sakawa’ in a recent video has revealed more secrets on how he made money from his scamming business and how he was almost initiated into occultism.

According to Abusua, he met a young man from Nigeria called Larry who was an occultist and almost initiated him into that group.

He added that Larry had plans of creating an occult group across the length and breadth of Ghana and appointed him (Abusua) to be the leader because he had the majority of the youth following him.

ALSO READ: The true confession of a Sakawa King Abusua

This, he said led to them creating a group called the ‘Blood Money Family’ on social media and majority of the youth across Ghana were interested in joining the group.

He added that after some time, Larry told him to order all members of the Blood Money Family group to bring human parts for sacrifice.

According to him, this request was too much for him to handle so he decided to back out of the deal and advised Larry to look for other people who are willing to do this ‘evil’ job.

He also added that Larry was able to convince some other people to do the job he (Abusua) refused to do and also used his image to defraud people with the aim of tarnishing his reputation.

ALSO READ: Your boyfriend doesn’t love you if he has never beaten you before -Nigerian Lady

He added that he has defrauded a lot of foreigners in the United States of America where some of them had to sell their houses and businesses.

Abusua revealed that he had a change of mind in 2015 and decided to stop the scamming business and if possible, pay everyone he has ever defrauded.

He added that since he started revealing the secrets of the sakawa business, he has been receiving lots of threatening messages.

“There is no change of mind in the land of death. I am ready to lay my life down for this because I know people hate me for this. So many calls and threats and I want to advise the youth to stay away from Sakawa”, he concluded.