‘And by the way, what is wrong with kneeling before my husband?’ – Gifty Anti 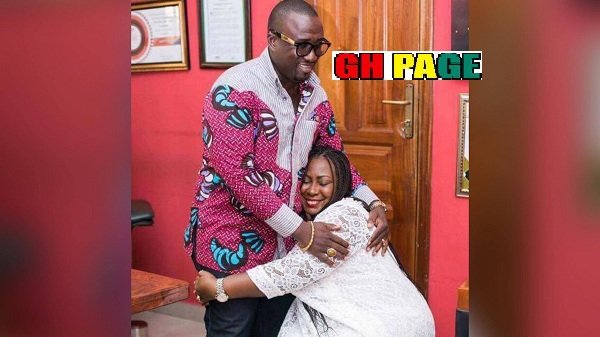 Ohene Yere Awo Dansoa, also known as Gifty Anti sparked a debate on social media when a photo which seems to appear her kneeling down at the feet of her husband was posted online.

A section of the Social media debate suggests that her actions could mean she has now abandoned her feminist roots after getting married.

However, the Ace broadcaster Gifty Anti has reiterated her strong ties with feminism, insisting not even marriage has stopped her from being one.

She rejected such claims and insisted she is still very much committed to the feminist cause.

The standpoint show host explained the circumstances and how that particular photo was taken.And according to her, it was way back in January during her birthday.

Gifty Anti said her husband gave her a stool as a present, which she sat on before hugging him.

“Well it seems the word FEMINISM and the coming up of young ladies joining the movement is scaring some people. It was my birthday, 23rd January, 2017, and my husband gave me a stool. I was so excited and honored. He put me on the stool and I hugged him. But well according to some bloggers, I was kneeling before my husband and so some feminists are ‘heartbroken’. Lord have mercy And by the way what if I was kneeling before my husband?(who is a chief too). Does it make me less of a feminist? Which feminist code does loving your husband break? My Name is Oheneyere Gifty Anti and yes I am a FEMINIST, married with many children”

READ ALSO:Audio: Finally, Wife exposes Kwadwo Nkansah Lil Win as an Abuser, greedy bastard, a cheat and how she was treated as a slave in their marriage