Did You Know Kelvynbwoy Was Once A Gospel Artiste?? 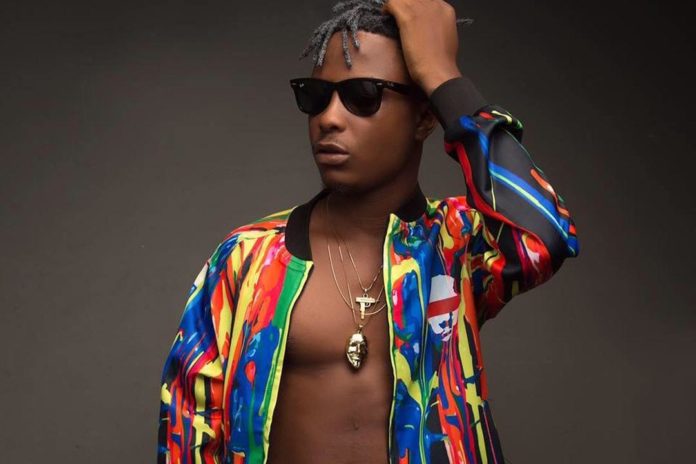 The protegee of Stonebwoy, Kelvynboy who for the short time has left his name on the lips of many Ghanaians with his good music.

The young musician known in private life as Kelvin Brown has released few songs but has become a household name with them. Kelvynboy who not long ago, was voted as the unsung artiste for the 2018 Ghana Music Awards which happened on April 14 at the Accra International Conference Center.

Everyone has a story and Kelvynboy has shared his in an exclusive chat with Zionfelix on ‘Celebrity Ride’ show.

Kelvynbwoy revealed that he was a gospel musician but had to stop somewhere along. According to him, he wrote several gospel songs and was ready to carry the cross until the end of the world but several factors made him put the cross of Christ on the floor years back in Kumasi.

The ‘Na You’ singer disclosed that he used to jump from one church to the other ministering for cash for his upkeep and that even convinced a man of God whose name he was not willing to mention to finance his senior high school education at the Osei Tutu in the Ashanti Region.

At Osei Tutu SHS, Kelvynboy stated that the headmaster loved him due to his love for Christ and how he led the students during church service so he enjoyed certain benefits as a student for free.

So now the big question is, how did a young boy who was always ministering the gospel change his passion to be a secular artiste? The Burniton Music Group artiste who said he was born into S.D.A but later changed church explaining why he is no more a gospel musician he posited that his love for performing secular songs at funerals and at concerts grew by day due to the cash he earned from such events. He continued that maybe the gospel music was not his calling even though he was doing exceptionally well in the field.

Kelvynboy is ready to write and sell songs for gospel artistes since he is now an afrobeat singer.

SEE MORE: Here Are Some Three Tricks That Can Make You A Young Millionaire In Ghana