KOD fires back at Omanhene; describes him as a foolish person 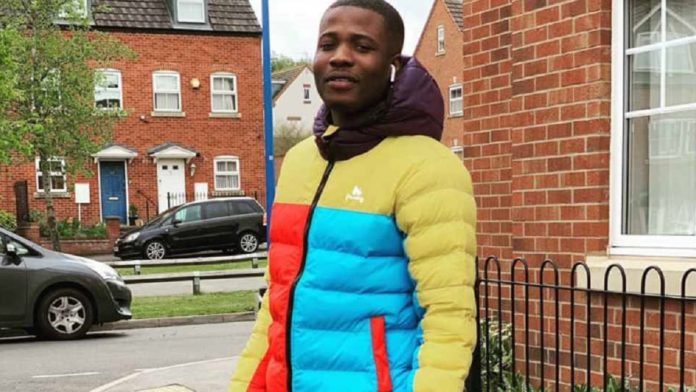 The unofficial spokesperson of the CEO of Menzgold Ghana Limited, Stanley Kodia popularly known as KOD has lashed out at Adom TV’s Omanhene over his recent comment about the press conference held by NAM1.

Stanley Kodia in a video hurled insults at Omanhene Kwabena Asante and described him as a fool who speaks without thinking.

“I don’t blame Omanhene Kwabena Asante for sitting on TV to talk anyhow about NAM1. You see how age is catching up with you, you see why you are looking useless it is because you don’t think before you talk.

You think you know everything so you can come out and come and fool which we will not tolerate. Omanhene Kwabena Asante, you are a foolish man. You are the most useless citizen Ghana has ever produced.

You brushed aside all the good things NAM1 said and came out with your own analysis. I won’t tolerate such stupidity. NAM1 respects Ghanaians that was why he organized the press conference to address the issue. NAM1 can pay customers if the government takes the freezing order from his accounts.

God bless Nana Appiah Mensah for the respect he has to even address Ghana. What he did was amazing and he is a blessing to Ghana”, Stanley Kodia stated.

He pleaded with the government to assist him in retrieving his locked up cash from foreign companies and also unfreeze his bank accounts.

However, after the press conference, Omanhene Kwabena Asante stated that Nana Appiah Mensah is a funny guy for appealing with the government to assist him in retrieving his money from foreign companies

He also added that NAM1 is creating unnecessary tension against Ghanaians and that he will be dealt with.

Omanhene further stated that Ghana is a regulated country and NAM1 has no right to order the government on how to address the issue.