Why KOD Was Missing At John Dumelo’s Wedding Revealed 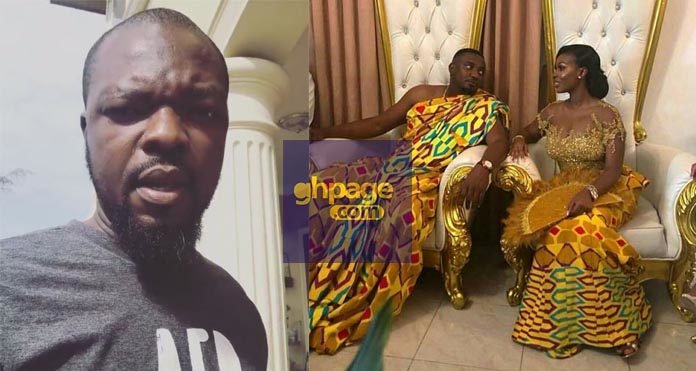 Not only did KOD in his Facebook post confirmed the news od John Dumelo getting married when Ghpage.com broke the news, he revealed why John decided to settle with Mawunya of all people.

According to the popular Radio and TV personality, John Dumelo just like most men in public eyes prefers to settle with quiet and unknown women.

READ ALSO: John Dumelo’s Ex-Girlfriend Is Angry John Is Getting Married This Weekend

A number of ladies did not take kindly to the comments of the broadcaster who claimed John’s fiancée, Gifty Mawunya Nkornu was beautiful, quiet and reclusive.

“Got me wondering why most men in the public eye settle for quiet/unknown women and not the ones all over. That could be a lesson for some of our sisters ooo. Men want women who can make a home and not be all over,”

Well, this statement has not gone done well with some Ghanian celebrities especially Yvonne Okoro did not take it kindly at all.

Miss. Okoro went on to state that the fact that Mawunya is unknown and not all over the place does not guarantee she will be a better wife to John Dumelo.

READ THIS: John Dumelo’s Ex-Girlfriend Says Mawunya Is Pregnant & John Is Being Forced

The situation was expected to get intense at the event but KOD did not turn up indicating he was engaging some preparations for a shoot at home for his sister inlaws collections.

“Cheers to the women who made it to my brother John Dumelo’s wedding. Unfortunately, I could not make it because we are having a shoot at home for my sister in law. She is outdooring her new collection next week”, he disclosed in an Instagram video.