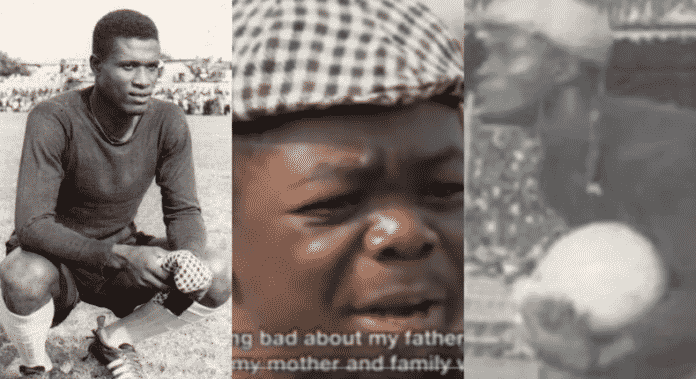 Kofi Antoh, the son of legendary Ghanaian goalkeeper Robert Mensah, is said to have committed suicide.

To the surprise of those around him, he hanged himself in his room, according to his family.

Antoh’s death was confirmed by radio host Blakk Rasta, who said he died three days ago.

“The family said three days ago, Kofi Anto seemed uneasy and asked his son who was playing around him to go out and play and not make so much noise around him. It was this opportunity he took to hang himself,” Blakk Rasta is quoted as saying by Ghanaweb.

The deceased made headlines recently when he stated that he would never sell his late father’s 50-year-old iconic cap for any price.

In a December interview, he said he felt attached to the cap and didn’t think it was right to sell the only relic that reminded him of his father.

His father, Robert Mensah, is regarded as one of Ghana’s greatest goalkeepers of all time, having excelled in the 1950s and 1960s.

When Goalkeeper Robert Mensah was stabbed to death, his wife was six months pregnant. When she heard the news, she went into forced labour. The baby, Kofi Antoh is here.

Says he will not trade the cap for any amount though he has no legs to walk ?