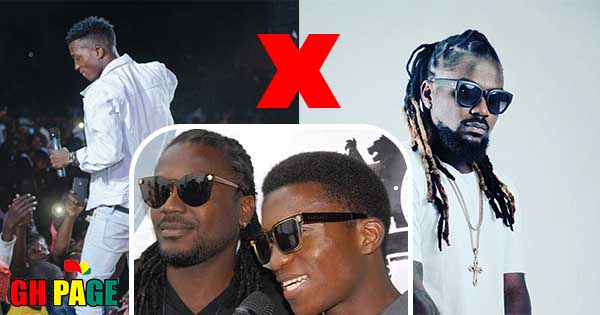 After five years of successful music with Samini’s record label, Martin King Arthur popularly known in Ghanaian music as Kofi Kinaata has finally called it a quit from the label which signed him in 2013.

Read Also: Another Slay Queen Posts Photos Of Herself On Facebook Having S3x With 3 Guys On One Bed (Photos)

Kofi Kinaata under High-Grade Family has released several hit songs including Susuka, Confession, Time No Dey, Made in Tadi including others.
He has also swept several awards under the same Record Label. Meanwhile, the artist is yet to let known to Ghanaians and his fans of his next move.

Kinaata in an interview about the decision revealed the memories of Samini’s and the High-Grade family.

“I will announce to my fans and everyone my final decision by the end of January. We have a very great relationship and I won’t mind signing on to Highgrade Family again.” He hinted.

Read Also: This Black Viral Model Has Got Some Netizens Going Crazy On Whether She Is A Real Person [Photos+Video]