Yesterday, Sarkodie and Shatta Wale teased footballer Christian Atsu after Ghana’s match against Benin. They called him Kofi Mole because of his new hairstyle which resembles that of Kofi Mole. Reacting to his name being used to tease Christian Atsu in the ongoing AFCON fast-rising Ghanaian singer Kofi Mole has posted on his Instastory.

Yesterday Shatta Wale and Sarkodie tweeted about the match and made fun of some players. Christian Atsu appeared to be the most targeted player as they referred to him as Kofi Mole because of his new hairstyle which is like that of Kofi Mole. To make fun of Atsu,  They referred to him as Kofi Mole which was very hilarious. Shatta Wale, for instance, said Kofi Mole (Atsu’s) boots were bigger than him so he couldn’t play well as expected. 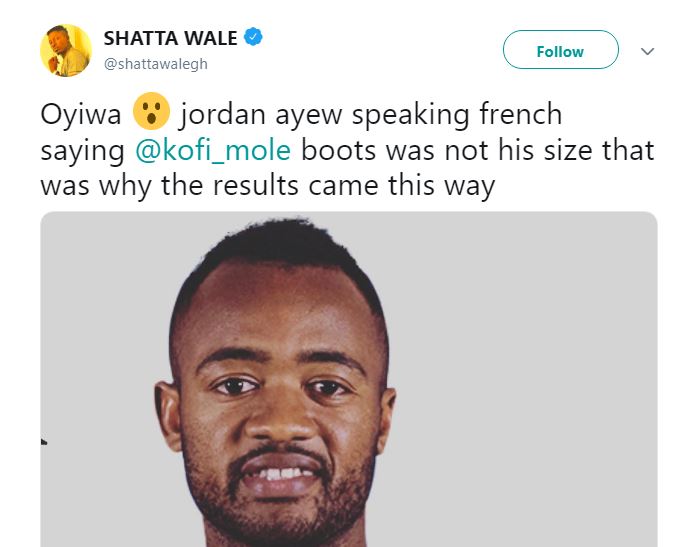 Sarkodie also tweeted that Kofi Mole (Atsu) must up his game or else he would have second thoughts about him.

However,  Kofi Mole has shown that he is not angry or upset about the development and has taken the joke really well. In a post seen by ghpage.com Mole joked about it and said that Atsu had put him in trouble.

He wrote: “Oh charley, Atsu find trouble give me.”