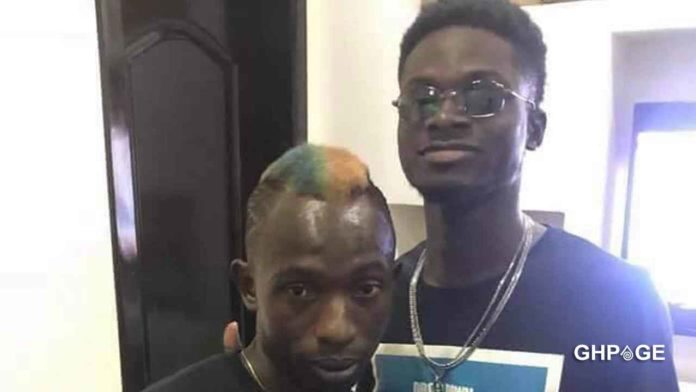 Popular hip-life artiste, Justice Amoah popularly known as Patapaa having gone into hiding for some time has bounced back with some serious and deep statements that have left everyone talking.

Following his statement that pastors who attend bible school are fake in an interview at Accra Fm studios, has passed another damning comment about the ‘Rock Star’ Kuami Eugene in a different interview at Happy FM.

It appears Patapaa’s issues with Kuami Eugene is far from ending as he has once again taken heavy shots at him.

A look into time, Patapaa had issues with Kuami Eugene after the latter claimed on TV over a year ago that he will never collaborate with him because his songs are noisy and purposeless. Adding that Ghanaians like promoting useless songs such as Patapaa’s

Speaking on Happy FM, Patapizzy blasted Kuami Eugene saying he is not a highlife artiste but just sings for the ladies. He also asserted that Kuami Eugene’s songs do not carry any message.

The ‘One Corner’ hit-maker also described Kuami Eugene as a devil (Lucifer) for trying to ruin his career with the comments he made in that interview ( check the in the third paragraph).

“God blessed him with ‘Angela’ and I with ‘One Corner’ and yet he wanted me to lose my daily bread. Anyone who behaves the way Kuami Eugene did is your biggest Lucifer.” he said.