PHOTOS: You Remember this Kumasi Girl, Benedicta Abena Yeboah from this 'Atopa' Tape? Here's how She Looks Now 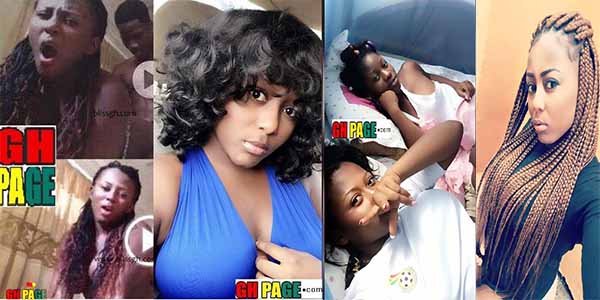 This notorious ‘released’ tape happened in Kumasi, in the year, 2014 and became very popular amongst Ghanaians.

It was the talk on the social media for days and this was due to the fact that, a leak of this nature was not that popular then.

Interestingly, it became popular and topical especially among the youth because the guy in the video lasted less than 1 minute, which really annoyed the girl. I just remembered some of the insults peeps rained on the guy.

The guy, Luchiez Nana Yaw Curtis who was then a level 200 student at Kumasi Polytechnic and the girl, Benedicta Abena Yeboah was an SHS graduate.

The video was actually crazy because they were aware of the filming but went ahead—damning all the consequences.

Within the mid-year,2015 the guy killed someone in a hit and run at Golden Bean Hotel, Kumasi. Those moments were probably his worst ever.

From what we gathered, the girl is now at East Legon and she is trying to pick up the pieces and make the best out of life.

And that’s a good thing, people should not perish for one mistake they commit.

Ghpage.com have some pictures of how she looks now and that’s for your eyes to see on the next page