Last video of Abass on earth pops up on social media 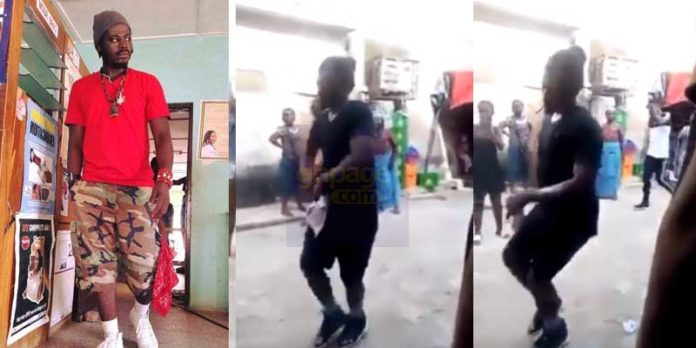 In the video, one could see all-happy Abass dancing his heart out and it’s really heartbreaking to see such an energetic man with so much potential live earth just because he wanted to make peace between a brother and sister.

Also Read: Photos and cause of the death of Kumawood actor Blinkz

According to what we gathered, Abass tried to separate a fight between the brother-in-law of his boss and he ended up picking up a fight with him instead.

During their scuffle, two people stabbed him after which the fled from the area. Whiles been rushed to the hospital to seek medical attention the actor passed on.

Well, information reaching us has it that one of the people who stabbed him identified as Sumaila Tijani has been arrested by the police in connection to the murder.

A source at the Ashanti Regional Police Command confirming the arrest said the suspect Sumaila was arrested at his hideout at Atimatim in the Tafo-Pankrono Municipality of the Ashanti region.

Read more: Photos and cause of the death of Kumawood actor Blinkz