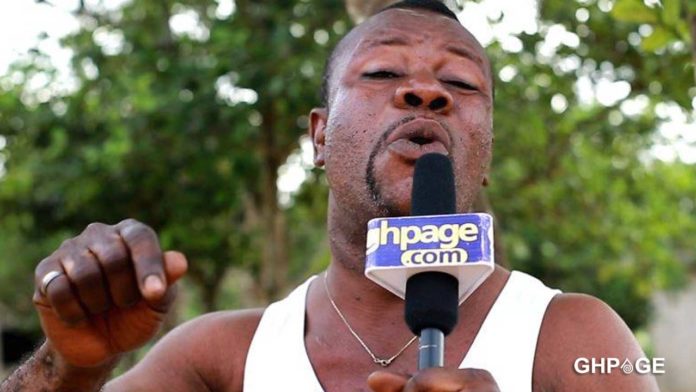 For some period of time now, many movie lovers are of the view that the movie industry in the country is dead and can’t be revived.

Over the years we have had the likes of Agya Koo taking over from where the late Santo left off and he was later overtaken by Kwaku Manu, Lil Win, and others just to make the industry vibrant.

Well, since the movie industry started dying, more actors and actresses have sprung up thanks to YouTube and one such person is now popular Nana Yeboah.

Born Felix Nana Yeboah, the Kumawood actor has shared his struggle to fame in an exclusive interview with Ghpage TV.

Sharing his road to fame, he revealed that before hitting the limelight, he used to sell Poki, broom, charcoal, fried yam as a means of survival on the streets on Bantama.

According to Nana Yeboah, though he was struggling to sell those things everything was moving on in the right direction until he finally decided to ditch trading for acting fully.

On how he finally ended up in acting, he explained that no actor in the industry inspired him to join the profession but he just saw and believed he had an interest in the act and decided to venture into it and the rest has been history.

He again in the interview gave praise to God for seeing him achieve his dream of making people laugh through his acting.