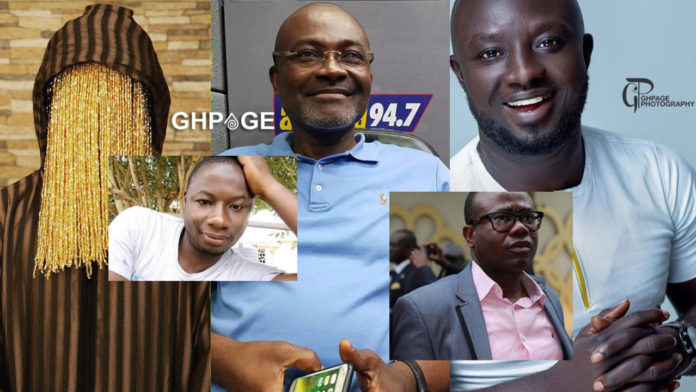 It’s exactly one year since the murder of Tiger Eye PI’s worker, Ahmed Suale and not even a single person has been arrested in connection with his murder.

At the time of his murder, the Ghana Police Service invited many people for questioning into the murder of the investigative journalist.

Hon. Kennedy Ohene Agyapong, the Member of Parliament for Assin North who displayed Ahmed’s photos on his TV and asked people to lynch him was invited for questioning.

Mr. Kwesi Nyantakyi the former Ghana Football Association president who was kicked off his position following an exposé from Tiger Eye PI led by Anas and Ahmed was also invited for questioning.

Anas Aremeyaw Anas himself, the CEO of Tiger Eye PI the award-winning undercover investigation company was also invited for questioning.

Many other people were invited for questioning in connection with the murder of Ahmed Suale. But the police never arrested the culprit.

According To Ogyam, Anas Aremeyaw Anas should be questioned once again in connection with the murder of Ahmed Suale.

Ogyam wondered why Anas who could unearth all kinds of scandals and murderers in and outside Ghana but cannot identify who killed Ahmed.

Ogyam called on the police to investigate Anas very well because something is just not right about the whole murder.

Kwame Borga who was also on the show with the host, Rashad disagreed with Ogyam with the explanation that Anas may have been warned by the police to stay away from the case

All seems not to be well between Nigerian superstar Davido and his baby mama Chioma Avril Rowland as a new post sighted...
Read more
Entertainment

Undoubtedly, Serwaa Amihere is one of the most beautiful media personalities in Ghana and she has made a name for herself as...
Read more
Entertainment