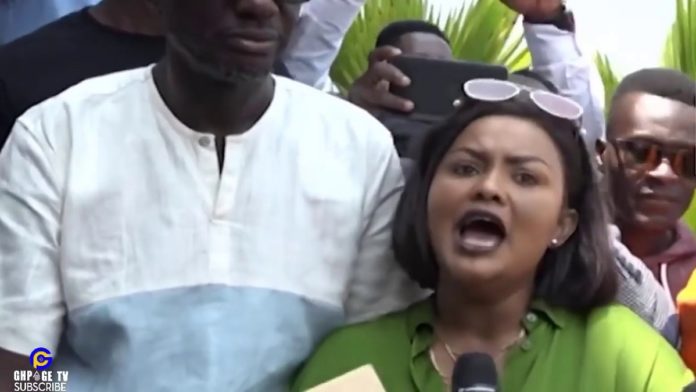 Nana Ama McBrown, Kwaku Manu and other several Kumawood stars have petitioned the Parliament of Ghana over the siting of a film village.

According to the Kumawood movie stars, it would be appropriate if the film village is constructed at Kumasi in the Ashanti region because it is the hub for the production of local movies.

The group which was led by popular actress Nana Ama McBrown presented the petition to the majority leader and Minister for Parliamentary Affairs, Osei-Kyei Mensah-Bonsu.

The actress stated that the Kumawood movie industry has contributed immensely to the growth of Ghana’s movie industry and that Kumasi is the right place for it to be constructed.

“We play a very critical role in the movie industry in Ghana. We have employed more Ghanaians as part of our business.

For this reason, we are petitioning Parliament to ensure that the Film Village is set up in the Ashanti Region”, the actress stated.

Osei-Kyei Mensah Bonsu who received the petition on behalf of Parliament of Ghana promised to forward their petition to the Speaker of Parliament.

The majority leader also added that their concerns have been heard and that parliament will have serious deliberations about it.

It can be recalled that during the 2019 budget reading by the Finance Minister, it was revealed that government has acquired 200 acres of land in Kyebi in the Eastern Region for the construction of a film village.