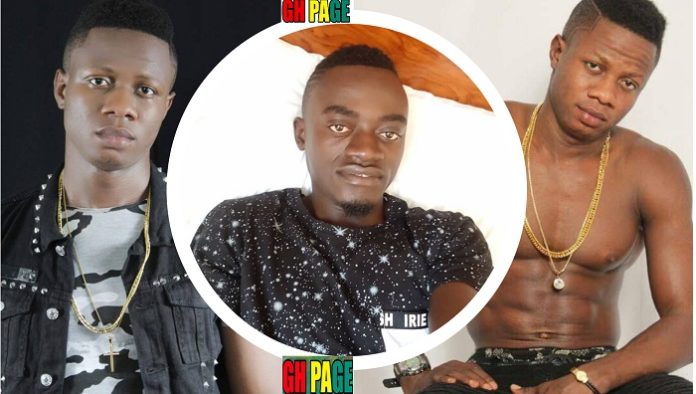 Anyone who has followed the issues of Lilwin attempting to steal Patapaa’s one corner closely wouldn’t be surprised if I call Kwadwo Nkansah a greedy bastard or a wolf in sheep clothing.

The thing is, the Patapaa’s one corner issues was just Lilwin repeating his folly and acting to what he knows what to do best—Cheating and taking advantage of the meek or the less privileged.

Now, back to the substantive issue at hand,— One of Ghanaian fast rising Rapper and also the “original’ founder of “Boss Nation Music”, Sherry Boss has made serious allegations on how Kumawood actor Kwadwo Nkansah Lil win stole his right and ownership to the “Boss nation music”. ( A music label lilwin now owns).

In an interview with Big Akwess on Thunder TV, Sherry Boss, the rapper who has been endorsed by Obrafour and other big stars as the next big thing explained how lil win joined “Boss Nation Music”, and registered the record label without his knowledge.

According to him,he then decided to change the name he originated from Boss Nation music to Boss Nation movement, so it doesn’t coincides with the name lilwin had passed his back to register.

READ ALSO:Exclusive Photos and Video from Kwame A Plus and Akosua Vee’s White Wedding

At the time, Lilwin called to ask why he is using the name Boss Nation movement and then went on to threaten his career.It didn’t end there, Lilwin’s mallam( Juju Man) called Top Kay, also called him to make more threats and said to deal with him spiritually.

When asked if he has something to do with Goldie, the young lady who started with all the allegations on how lil win stole “Boss Nation music”,destroyed Agya Koo’s career and masterminding the downfall of Kwaku Manu and Nana Ama McBrown when speaking on the Patapaa-Lilwin “One Corner” saga.

The Tafia based rapper denied having an affair with her and rather considered her a die-hard fan who had seen all that happened when Lilwin was bullying them.

Watch the Full interview below;

And below is a track from Sherry Boss Feat.Strongman x Eimen x Little Kay