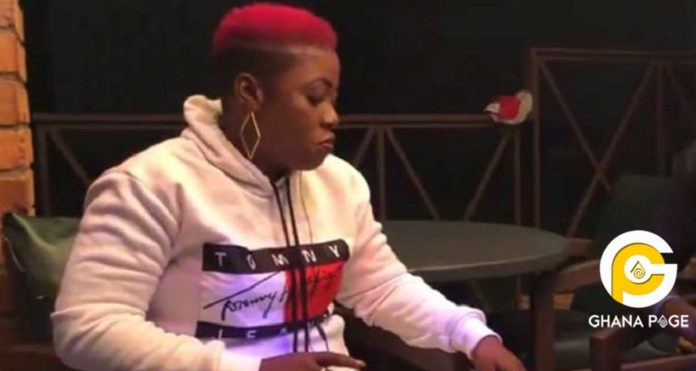 Patricia Afriyie, Kwadwo Nkansah Lilwin’s wife has reacted to the leaked audio of her confessing to sleeping with other guys because Lilwin was depriving her of attention and money.

In a recent interview, Patrica Afriyie revealed that she has never done anything to Top Kay for him to disgrace her like that to the whole world.

She confessed that she is the one in the audio leaked by Top Kay but she never sent it to him. Instead, it was a video she sent to her husband when they were fighting which found its way to Top Kay.

Patricia insisted she has never stood anywhere to accuse Top Kay of causing the collapse of her marriage.

She only said when she had issues with Kwadwo Nkansah, people like Top Kay she expected to defend her ignored her. The young mother of two went ahead to plead with Top Kay if she has offended her in any way.

SEE ALSO: Lilwin must conduct a DNA test on his children -Top Kay

For weeks now, it’s been banter between Kwadwo Nkansah Lilwin, his wife, Patricia Afriyie, Zack Gh, and Top Kay. Accusations and counter-accusations have been thrown at each other.

It all started when Prophet Nigel Gaisie prophesying to Lilwin revealed that his former manager, Zack has placed a spiritual curse on him with the help of some Juju men.