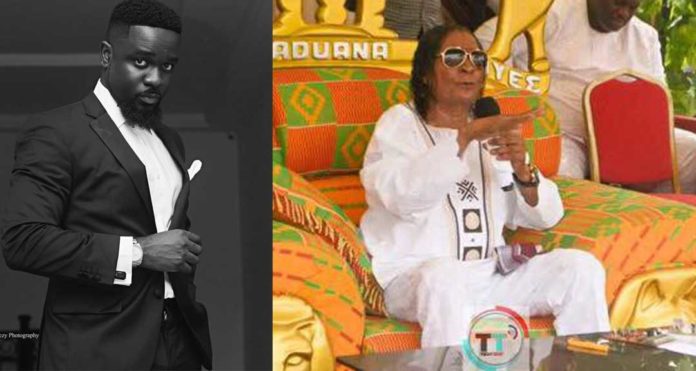 In as much as the ruling NPP government does not want to admit Dumsor is back we all know Ghana has a problem with electricity shortage. It, therefore, comes as a shock that someone offered to solve the power shortage known in local parlance as Dumsor once and for all and the government of Ghana refused.

According to celebrated Ghanaian rapper, Micheal Owusu Addo, known in showbiz as Sarkodie, the Ghanaian industrialist, Apostle Kwadwo Safo Kantanka approached the government of Ghana to help solve Dumsor but the government refused his assistance.

Knowing his track record with making things work, many would have expected that the government will hear him out and give him the opportunity to try but from what Sarkodie is saying, the government shut him out completely.

Sarkodie made this revelation on Sunday, 7th Aril 2018 after he paid a visit to Apostle Kwadwo Safo Kantanka, the brain behind Kantanka Vehicle and host of other products.

The rapper who is surprised why the government is not giving Kantanka the opportunity to try and solve Dumsor took to Twitter to ask the government why they are refusing the assistance of the man.

SEE ALSO: Are Safo Kantanka’s “Made in Ghana” vehicles really made in Ghana??

“I visited The legend Apostle Kojo Safo Kantanka?? few days ago and I was amazed!!!! So I didn’t know he offered to solve Dumsor … Before y’all come at me with y’all comment, why are we (the government x the people) not giving him the chance to ??”

When Dumsor was at its peak in 2015, it was Sarkodie and Yvonne Nelson who brought together all the showbiz personalities in this country and stagged the biggest “Dumsor must end” demonstration in Ghana to put pressure on the then Mahama government to stop the low shedding.