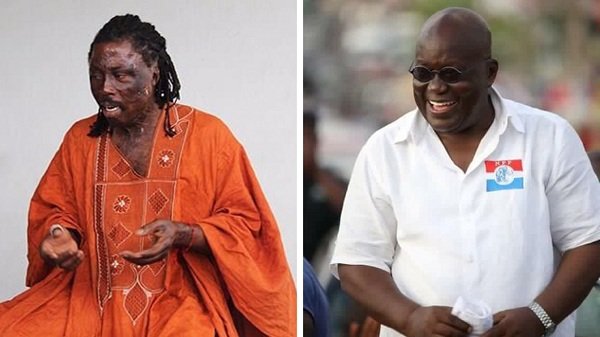 Well-known spiritualist, Nana Kwaku Bonsam born Stephen Osei Mensah has Called on government authorities to check and reprimand the activities of a popular Man of God which he felt were against the rights of children.

The man of God in question was fond of parading young children in his church and accused them of witchcraft, speaking in an interview with Champion TV, the well-known fetish priest indicated.

According to the spiritualist, the action amounted to defamation of character which was a crime. 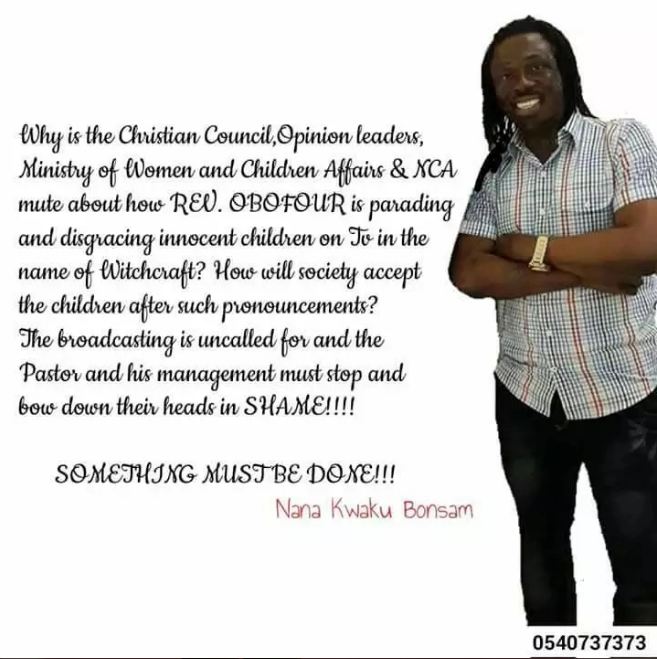 SEE ALSO: Meet The Top 8 Richest And Most Powerful Juju Men In Ghana (With All The Photos)

Furtherly he said, the action of the Man of God was clearly an infringement on the rights of the young children because it was going to change their lives for the worst.

In addition, he said that such children would be cut off from society and would eventually have to stop attending school due to the stigma and superstition that has come to be attached to witchcraft in Ghana and in Africa in general.

He questioned why licenses were given to such Men of God to disgrace children even on live TV.

He, has, however, called on Human Rights activists to be up and doing to be able to curb what he considered to be a growing menace in society.

Meanwhile, Nana Kwaku Bonsam said he was comparatively fine with the fact that some old people would be paraded and branded as witches.

YOU MIGHT READ ALSO: Lilwin must confess his sins before the spirit of death strikes him -Prophet Kojo Poku