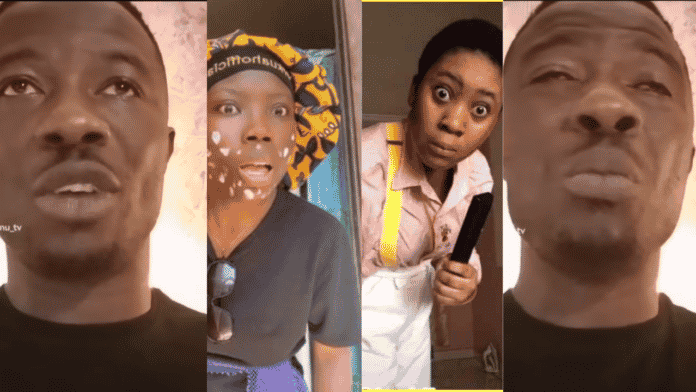 Kwaku Manu has dropped a new video to clarify his scathing attack on Ghana’s Tiktok stars.

Kwaku Manu in his first video blasted these Tiktoks stars and categorically stated that they are not stars as they see themselves.

He also threatened to get them arrested if they continue with their arrogant lifestyle because it’s fast becoming nauseating.

It is at the back of these severe criticisms from social media users that have forced Kwaku Manu to drop a new video to explain things.

Kwaku Manu has now rendered an unqualified apology to the Tiktok stars and according to him, he was just playing and didn’t mean every bit of his scolding words.

He also seeks unity between Tiktok stars and movie stars because that’s the only way to push Ghana forward.

Meanwhile, none of the Tiktoks stars has reacted to any of the repeated attacks from Lilwin at the moment. They have all turned a blind eye to the strikes on the blitz.