Video: Kwaku Manu fires shots at Kwadwo Nkansah Liwin—Says he can never bring him down 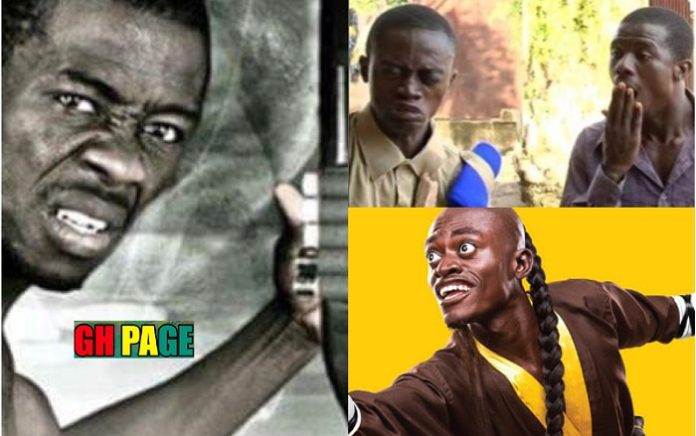 Ghpage.com broke it, yea — We broke a story of how a young woman descended on Kumawood star actor, Kwadwo Nkansah lilwin for trying to “steal” Patapaa shine.

Lil Win is reported to have contacted Patapaa for collaboration on a remix of his highly rated song “One Corner”, however, Patapaa did not buy into the idea because lil win wanted to be the owner of the remix.

Sensing that Patapaa was been difficult, Lil Win went ahead to record his version and named it ‘corner corner’.

During the shoot for the video of ‘corner corner’ the actor streamed live on Facebook and the public seized the opportunity to descend on him for being selfish and greedy.

A young woman named Goldie in this video, chastise the star actor – made numerous allegations in which in one of them said, the actor, Liwin is behind the downfall of Agya Koo, and that of his colleague actor and comedian Kwaku Manu.

Kwaku Manu who is currently in the united states seems to have responded to that claims.In the latest video, the actor seemed unperturbed as he shared a recording of himself and his friends as they cruised in the car singing along to “Shatta Wale’s Kakai” song being played in their car.

READ ALSO:New Audio reveals how blackmailers tried to extort money from Afia Schwarzenegger before the video was released

He can be heard saying;

“Kwaku Manu I am coming like Kakai, by God’s strength, I come like kakai—I am telling you that Pressure will be on you because you have a bad mind. “

“And woes be on anyone who doesn’t think well of his colleague.And I will be coming like a lion, snake. Whether you like it or not I am your teacher, your father. By the Grace of God, we are spiritually and physically strong.And if you don’t know ask the seers.Do not try me and if you do, God will punish you—God is my helper” He stated