Kwaku Manu under fire after interview with Evangelist Addai 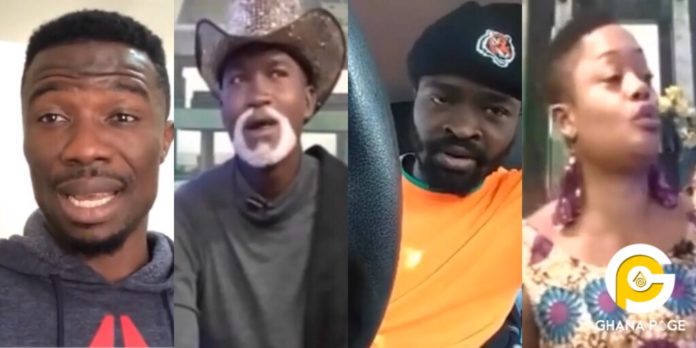 A few days ago GhPage.com reported that Kumawood actor and presenter Kwaku Manu   interviewed social media evangelist Emmanuel Kwame Addai on his show ‘aggressive interview’ He subsequently declared Evangelist Addai mentally unstable after the sit down with him.

In the interview with Kwaku Manu, Evang. Addai claimed that he has physically met a mermaid amongst other wild claims. These wild allegations caused Kwaku Manu to declare Evang. Addai mad.

Following the interview, Kwaku Manu came under immense criticism about the manner he conducted the interview by some people from Royal Tv. According to them, his interviewing skills did not meet their expectations.

In response Kwaku Manu has slammed his critics asking them to go and obtain a visa and conduct the interview themselves in the manner they would prefer.

GhPage.com is keenly following the story keep visiting this portal for more updates.