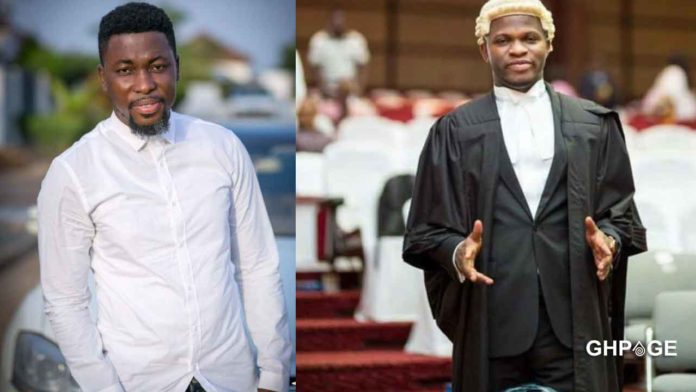 Popular entertainer and politician, Kwame A-Plus have joined the crusade on social media to heavily backlash Sammy Gyamfi over the tagged insensible George Floyd Cartoon he shared on Twitter on Tuesday.

READ ALSO: Sammy Gyamfi mocks the memory of George Floyd in an attempt to defame the EC & NPP

Sammy Gyamfi yesterday on Twitter shared a George Floyd cartoon linking to what he thinks the EC is conspiring to do to Ghanaians in the approaching election as he claims Ghanaians are choked just like how the latter felt when he was being killed by police.

Soon after the picture he posted went viral, scores of rational thinkers trooped in to lambaste him on all social media platforms for making such insensitive and absurd post for political gains.

Commenting on social media he wrote; “The NDC must outsource their communications to an advertising company or bloggers like GhKwaku, Nkonkonsa and ZionFelix. I’m sure they will do better. In 2016 they scored an own goal when they attempted to mock Nana with Kalypo”.

“Not long ago they told us to vote for them to come back to power because they have “learnt their lesson.” Don’t mind them. It is not true. They have not leant whuuutey!!!” he wrote on Facebook.