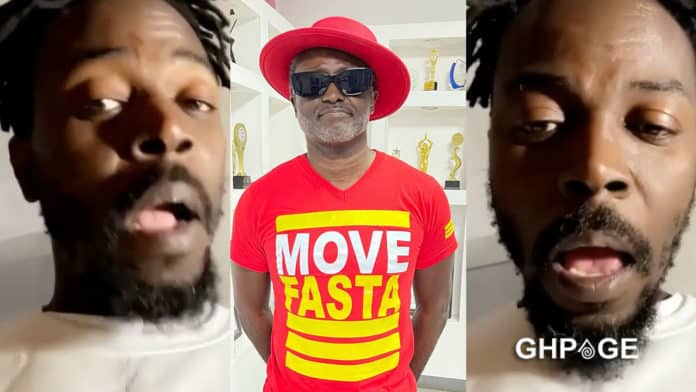 Hiplife artiste, Kwaw Kese has mounted a spirited defence for Reggie Rockstone following a publication that cast aspersions on the Hiplife legend for soliciting funds online.

Reggie’s only crime was to jump on Nigerian singer Davido’s social media fundraiser trend, that has so far realised more than N200,000,000, to ask his fellow Ghanaian musicians to also send him GHS380.00.

To many’s surprise, a website publication used some unsavory words to report that Reggie was “shamelessly and stylishly begging for money in a video speaking plenty of English.”

Unhappy about the development, Kwaw Kese to Instagram to express his disappointment in the way Ghanaians handled Reggie’s plea, despite hailing Davido and sending him funds for doing same.

In a video, Kwaw Kese who lost his cool slammed Ghanaians for what he described as their hypocrisy and unsupportive character.

He further intimated that the Hiplife legend needs to celebrated while he’s still alive and not when he’s dead before people make huge donations towards his funeral.