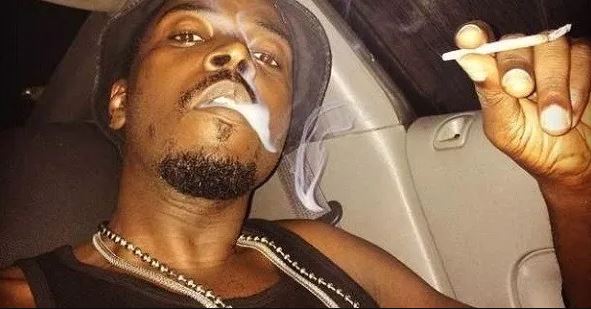 King of Swedru, Kwaw Kese has revealed that even after spending Christmas in prison in Kumasi in 2014, for publicly smoking weed, he still smokes and is no more afraid to let the public know about it.

Making the disclosure on Behind the Fame on Drive Time on Joy FM with Lexis Bill, he stated that he still smokes when asked if he still does and has no plans to stop smoking.

“everybody has one bad habit, people drink alcohol…” he said.

There have been several calls on the government to legalize Marijuana popularly known as ”weed” by some people in high office including the late former UN Secretary-General Kofi Annan and reggae presenter Blakk Rasta being the front-runner.

Kwaw Kese was also of the view that it should be considered since people in high authorities are calling for the legalisation of the drug.

“I was in the [United] States and I saw [watched] Kwami Sefa Kayi was on your show and he opened up that government should consider legalising [cultivation of ‘wee’] and not long ago after that Kwesi Pratt was also on radio advocating the same thing.”

Read also: Weed is not a drug but herbs – Paa Kwesi Dobble

“That tells me some of our big men or big boys that we know, that we adore so much are preaching the same thing we are preaching,” Kwaw Kese noted.

He also cited that if legalised will help the economy as other countries who have legalised it are enjoying the benefits.

“When the thing is economically good, enjoying it will be nice,” he stressed.

Read more: Patapaa calls for the legalization of “weed”