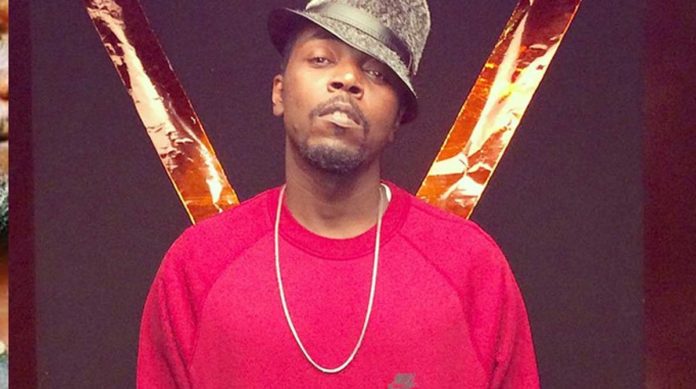 Veteran hiplife musician Kwaw Kese has fired his colleagues in the entertainment industry who were mute about the proposed new chamber by parliamentarians.

The ‘Dondo’ hitmaker described other celebrities who never participated in the #DROPTHATCHAMBER campaign as stomach musicians.

Kwaw Kese took to his Twitter page to slam celebrities who cannot use their platform or position to affect positive change in the country.

“If u claim to be a musician, youth leader or celebrity and can’t use ur position to affect positive change in your community or Ghana as a whole then fuck u. Shame to those stomach musicians who said they won’t listen. Some of us spoke and now they’ve “dropped the chamber”, Kwaw Kese tweeted. 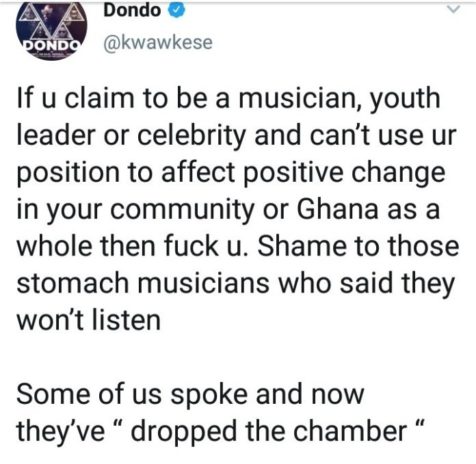 This comes after Parliament recently proposed the idea of the construction of a new 450 chamber block for Ghana’s parliament which costs $200m.

Scores of Ghanaians were against the new chamber which sparked a campaign on social media with the hashtag #DROPTHATCHAMBER.

However, it was recently reported that President Akufo Addo has ordered parliament to drop the proposed chamber because he is currently focused on developmental projects like roads, schools among several others.