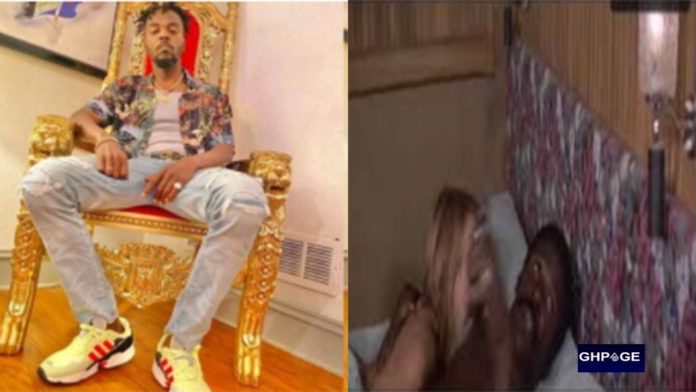 Ghanaian musician Kwaw Kesse has added his voice to the current conversation about the recognition of Bisexual Transgender, and queer Intersex Rights (LGBTQI) who recently opened an office in Accra.

The Abodam hitmaker descended heavily on Homosexuals describing them as stupid as he can’t phantom as to why they will decide to opt for the human anus while there is so much pleasure in vagina.

There seems to be a division among Ghanaian Celebrities about the issue of Bisexual Transgender, and queer Intersex Rights (LGBTQI) getting a recognition in Ghana.

Obviously most Ghanaian Celebrities are against it, while there are a few who believe the Lesbian Bisexual Transgender, and queer Intersex Rights (LGBTQI) should be giving the necessary recognition and support in Ghana.

The Award winning musician rather think it is just a mere foolishness and stupidity at the highest level for a human being to have sex with the same sex.

Kwaw Kesse wrote on Twitter that he cannot understand why human being will do that, by opting to have sex through the anus of a man. He noted it is stupid.

Lesbian Bisexual Transgender, and queer Intersex Rights (LGBTQI)’s office which was set up has reportedly been closed down following a heavy rant by most Ghanaians about the subject matter.