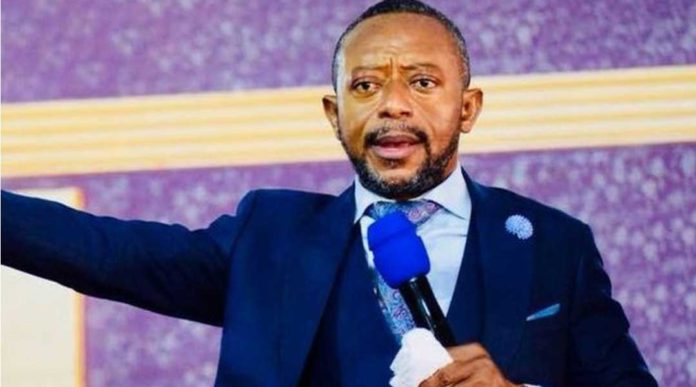 The head pastor of Glorious Word and Power Ministries International, Rev Isaac Owusu Bempah has made a damning revelation about the murder of investigative Journalist Ahmed Hussein-Suale.

According to the man of God, Anas Aremeyaw Anas and the editor-in-chief of the New Crusading Guide Newspaper, Abdul Malik Kweku Baako are behind the assassination of Ahmed Suale.

Rev Owusu Bempah disclosed that Ahmed Suale had intentions of exposing dirty secrets about Anas and his boss Kweku Baako so they killed him to cover their tracks.

The man of God also stated that he is ever ready to prove this claim in court and dared Kweku Baako and Anas to sue him.

“Anas Aremeyaw Anas and Kweku Baako are behind the death of Ahmed Suale so no one should blame Kennedy Agyapong for that.

Anas had a problem with Ahmed and he decided to reveal dirty secrets about him (Anas), that what why he was killed. They should take me to court and I will prove it.

Anas Aremeyaw and Kweku Baako killed Ahmed Suale. If you try me I will shoot and damage you seriously”, he disclosed.

Kweku Baako also described all those who attend Owusu Bempah’s church as senseless and threatened to go on a one-man demonstration against some so-called prophets.