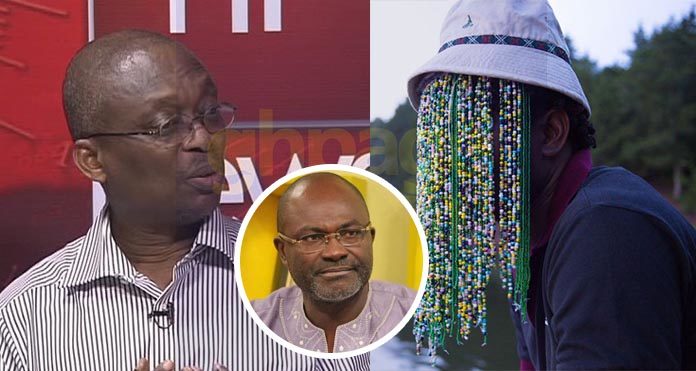 Most of the photos of Anas released by Kennedy Agyapong claiming to be Anas are fake but one- a source confirmed to GHPAGE.com yesterday.

According to some information GHPAGE.com has gotten from close sources, some of those pictures were the true pictures of the award-winning investigative journalist.

Ace journalist and Editor-In-Chief of the New Crusading Guide, Kwaku Baako is reported to have earlier rubbished images released by the Member of Parliament for Assin Central, purported to be those of Anas.

He is alleged to have stated that none of the faces in the photos bore a resemblance to Anas or any of his boys.

To him, he is at a loss as to why those photos were released in the first place and guessed it could be a plan to expose someone to danger.

READ THIS: A leaked Whatsapp chat between one of the Ghanaian celebrities and Obengfo discussing how to get butt and boobs enlargement

Meanwhile, Abdul Malik Kweku Baako has been allegedly overheard speaking about the source of the fake Anas photos. Kwaku Baako who was speaking off air in the studios of Peace FM with Kwame Sefa Kayi didn’t know his faint voice in the background was seeping into the microphone with clarity.

According to him in the video below, a former employee of Tiger Eye PI is behind the leaked photos. He added that the disgruntled Tiger Eye PI Member was asked to go to school and upgrade himself but refused on several occasions, for which reason they had to sack him.

Though he refused to reveal the real identity of the sacked employee, we will dig deep to unearth him soon. Stay with us and keep reading more Anas stories here.