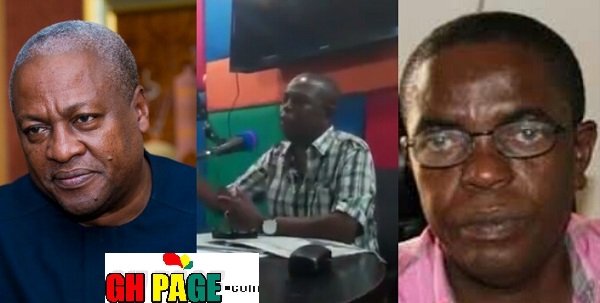 The party Chairmen made an official announcement asking the former president, to consider the request being made by party faithful for him to contest 2020 presidential election.

SEE ALSO: Kevin-Prince Boateng has revealed how he got his interesting first name

This according to Kwesi Pratt is “unnecessary” and “premature” as he believes it is against the party’s constitution.He said this on Peace FM’s ‘Kokroko’ morning show which is hosted by Kwami Sefa Kayi.

As far as Kwei Pratt is concerned, the party should rather focus on things that will aid in restructuring. He, therefore, asked the NDC Regional Chairmen to respect the constitution of the party and do their best to restore faith in the NDC.

He again said,”winning party Congress is only the first step. When you win the party congress, you have to come and win the nation. So, you must put your things in order for us to have confidence that you will be law-abiding, because if you don’t respect your own party constitution, how can you respect the nation’s constitution?”

He also believes that what the Regional Chairmen have done is likely to result in a conflict of interest and has urged them not to take sides.

Check the video below;