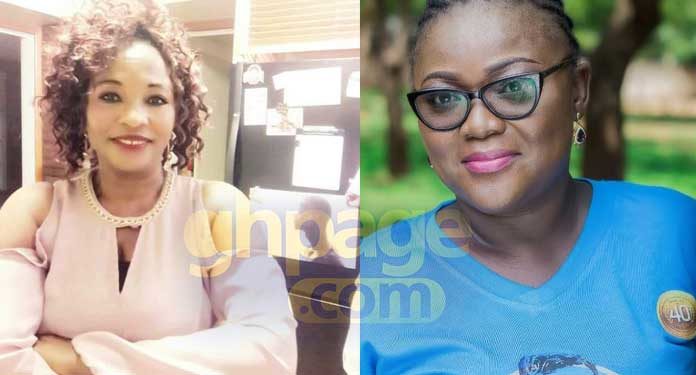 Nana Yaa Brefo, the host of Badwam on Adom TV revealed that popular Kumawood actress, Kyeiwaa who has been in the States for some time now is now dishwasher there and has most likely quit acting for now.

The Multimedia presenter revealed this ‘disturbing’ news when she had a one on one discussion with Kumawood actor, Papa Kumasi on the state of the Kumawood industry now.

read also: Social media users descend on Tracy Sarkcess for turning into a Slay Queen after her wedding

Nana Yaa today on Badwam stated that she is a professional journalist endowed with ethics hence defaming people on mainstream media for news traffic cannot be part of her craft.

According to Nana Yaa, she had no intention of jabbing the award-winning actress but rather cited an example using her current job in the USA for the interview.

“I didn’t call Kyeiwaa a dishwasher. I never used that word on my show. I respect Kyeiwaa a lot and using such cold words isn’t part of me… I studied at GIJ and have been in the industry for years so I have enough experience when it comes to respecting people…”

Meanwhile, a section of Ghanaians living abroad has attacked Nana Yaa Brefo of Adom Tv over comments she made about Rose Mensah(Kyeiwaa). Read the full story here.