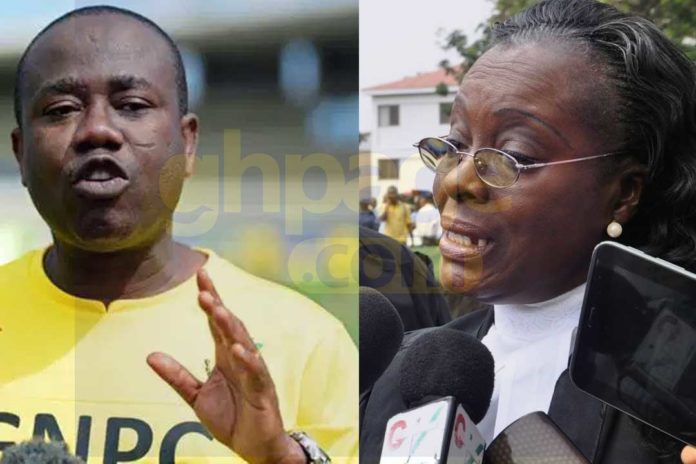 Its been three(3) months since the premiere of Anas Aremeyaw Anas‘ investigative piece titled “Number 12” which captured the corrupt officials from the Ghana Football Association taking bribes in order to influence games.

After the investigative piece was shown to the General public, there have been calls on the government to arrest and prosecute all football officials involved especially the former president of the GFA Mr. Kwesi Nyantakyi for using the name of the president and other people in trying to secure a contract for himself.

Well, we now know where the case is going as the Attorney General Mrs. Gloria Akufo has revealed that her office is not having enough evidence to prosecute the former GFA president who also happened to be one of the financiers for the ruling NPP government.

According to her, though the police have the case and still conducting their investigations, they are officially yet to bring the docket before her and until that is done there is nothing that can be done by her office.

“I have not received any docket for prosecution. It would be recalled that when the issues started, the CID started a probe. The probe is still on going and when they forward anything to me, I will look at it,’’ she said on Rainbow Radio in Accra

“You need evidence to proceed to court and at the moment I have not received anything from the investigators,” she insisted.

Kwesi Nyantakyi, who has been GFA president since 2005 and was elected to the FIFA Council in September 2016, was filmed in a hotel room appearing to take a $65,000 bribe from a supposed businessman seeking to sponsor the Ghanaian football league.

The Anas exposé has brought football on its knees after government backtracked on attempts to dissolve the Ghana Football Association.

However, football governing body FIFA has announced it will form a Normalisation Committee to oversee the running of football for the next six months.