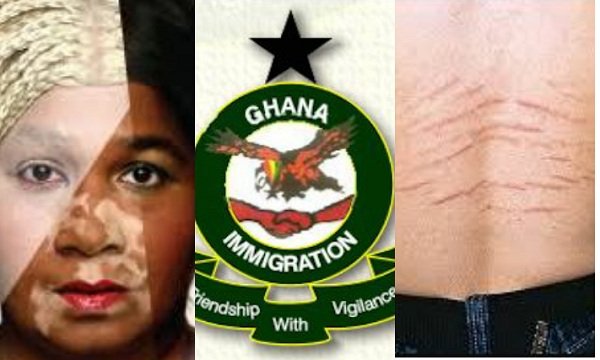 The Ghana Immigration Service (GIS) has stated categorically that women who have stretch marks or bleached skins will be automatically dismissed from its recruitment exercise in other to prevent such ladies from severe damages during their line of work.

According to the public relations officer of the Ghana Immigration Service Superintendent Michael Amoako-Attah, “we are looking out for people with flat foot, surgical and stretch marks, bleached skins, for such people, we don’t entertain them”.

A statement issued by the GIS stated that out of the total number of applicants only 47,477 were shortlisted after the first phase.

After the second phase, the 47,477 applicants who qualified from the first phase will further be reduced.

Phase 2 includes a body and documentation screening exercise, which started on Thursday, January 4, 2018, will end on Friday, January 5, 2018, with an aptitude test.

Meanwhile, the GIS has said that it will recruit only 500 out of the 84, 000 persons who applied to be a part of the service.

ALSO, READ A Plus ‘Jabs’ Afia Pokuaa Over “Senseless Comments”