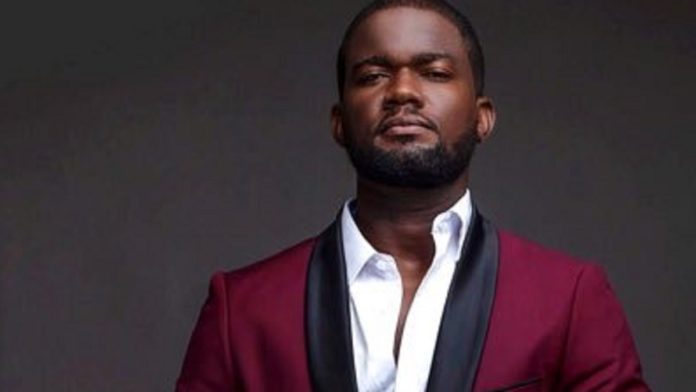 The Chief Executive Officer of Caveman Watches Anthony Mensah Dzamefe has been accused of rape by a young lady.

The young lady identified as Mary Brittle took to Facebook to expose conversations she had with the young CEO and to prove that she was actually sexually abused.

Mary Brittle on Facebook explained how the incident happened and how she was sexually abused by Anthony Dzamefe in her menses.

She wrote; It amazes me that my fellow girls are mocking me, some think am doing this for fame and some think am just trying to defame somebody. I have been afraid to voice this out to anybody, not even my closest friend and even going to the police frightened me more cause I thought it was a shame to be raped.

First of all, I did this because I just want to put my message across the world, I’ve battled with this for the past five months, I’ve experienced real depression within these months. I come out not to dirty anyone’s name but I’ve come out with a big issue in this country. Day and day out people get rape and about only 0.5% just voice out because of some of these critics you people give

Rapists are not just illiterate people or people without future, there are rapists in high office and illiterates on the street who ain’t rapists.

I am one of those few people who don’t bleed when am in my menses but I really feel severe pains and weak to even walk. It was my mistake to trust Anthony Just to lay at his end for a short while so I could go home, everybody is thinking about his brand and he is also thinking about his reputation but has anyone taught of what I’ve been through?

Personally, I think when a lady says stop you stop! Laying at your end doesn’t quarantine you having sex with me. As a civilized person stop means stop !!

If am really framing this are you sure Tony won’t be in my inbox threatening or something?

Well, it happened to me and I couldn’t talk about it till now, today and am the bad person or a whore but it could happen to you too? 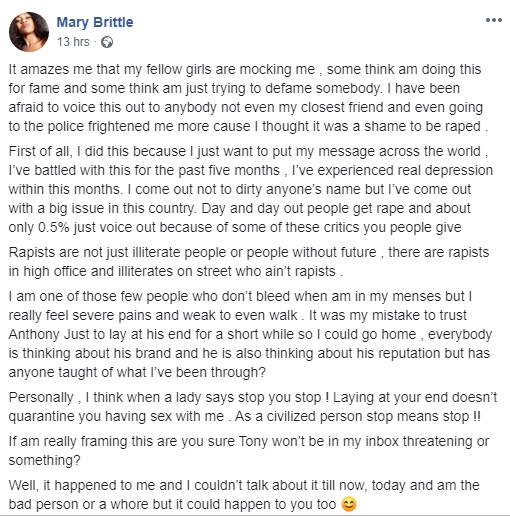 Well, the CEO of Caveman Watches is yet to react to the serious allegations leveled against her by Mary Brittle.