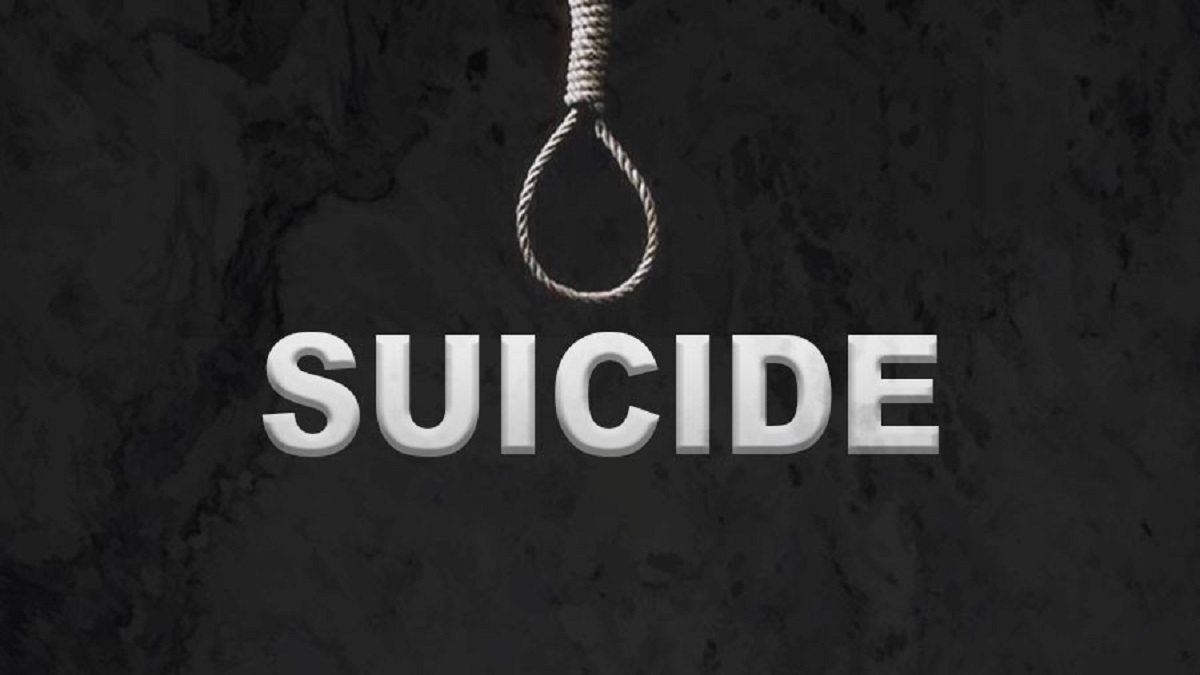 A young lady has shared a sad story on social media about how her aunt committed suicide over marriage without love.

The young lady identified as Somadina Miracle explained that her aunt got married to a man who doesn’t love her four years ago with whom she has 2 children with.

According to Somadina, the aunt was the who funded the wedding ceremony, provide the needs of her husband and is also the breadwinner of the family.

She explained that the husband cheats on her wife with several women and was advised to concentrate on her marriage and children after she complained bitterly to his family members.

Somadina also revealed that what broke the camel’s back was when the husband attempted to sleep with her aunt’s 18-year-old sister who was living with them.

She filed for divorce after the incident and three days after the divorce was finalized, the husband got married to their neighbor and eloped with their two children.

Her aunt went into a deep depression after her husband left and later committed suicide by drinking rat poison. 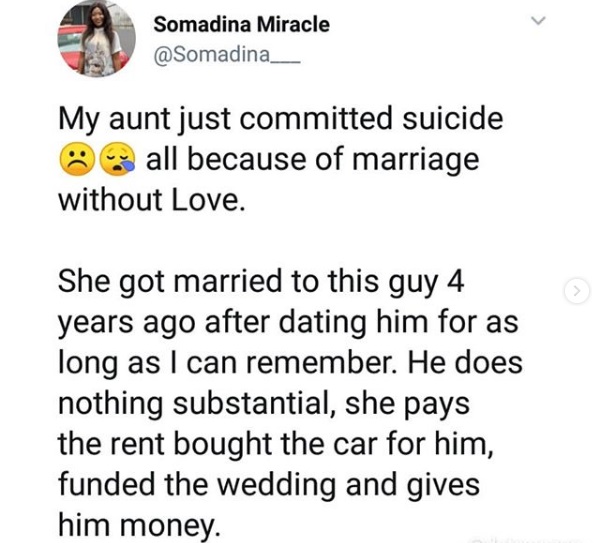 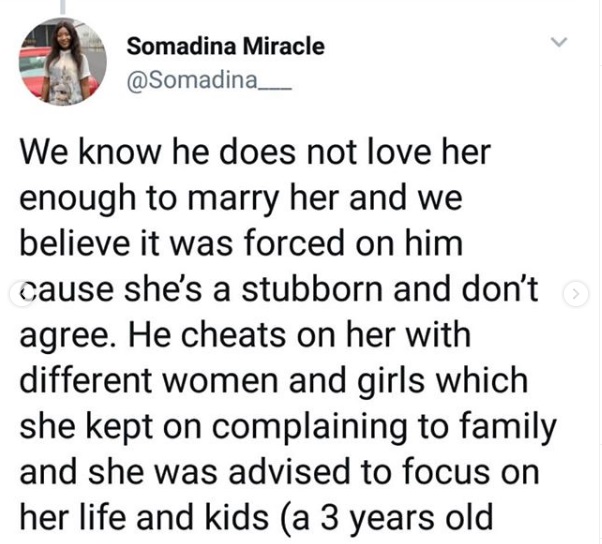 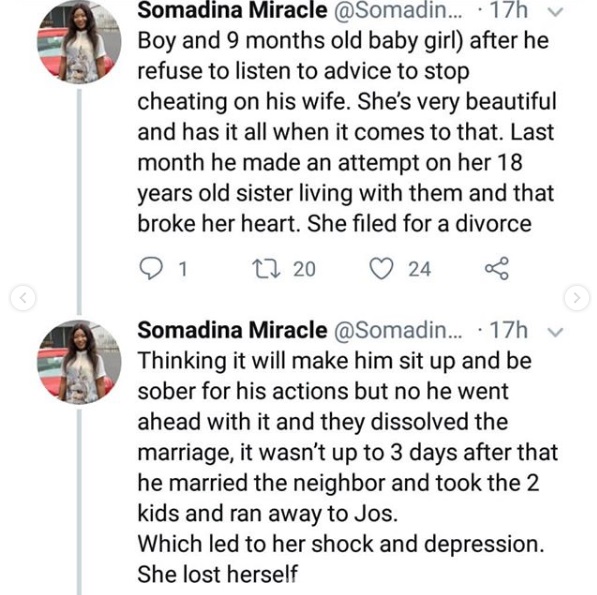 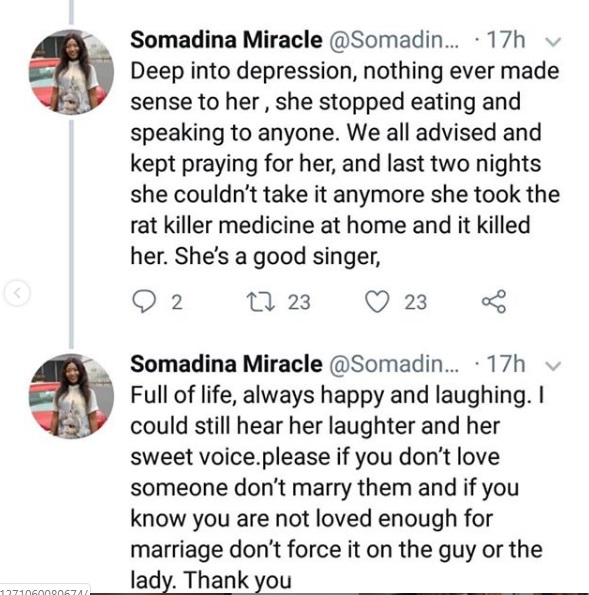 Somandina Miracle further advised women to stay out of the marriage without love and that marriage shouldn’t be forced.