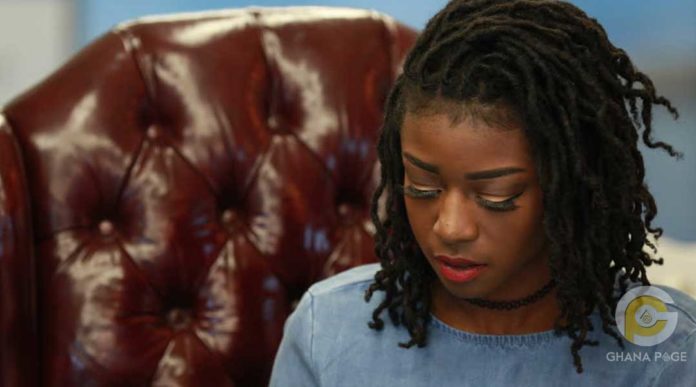 A lady on social media is cursing her stars after she realized that she had paid the school fees of her husband’s side chick from Senior High School way up to the university thinking that was her husband’s cousin.

According to the woman, she took her husband off the streets where he was hustling to survive and even got him a better job.

Also Read: Policewoman joins forces with another to beat husband’s ‘side chick’

Read the heart-wrenching chat between the woman and relationship coach David Papa Bondze-Mbir:

OTT: Hi David. How are you?

David Bondze (DB): Hey! It’s been a while. I am doing alright. Please, how are you?

OTT: Nothing to complain about this time.

OTT: Thank you for the other day. I realized you had another appointment to attend to – even though I wasted all of your time with my problems.

DB: It was nice meeting with you, regardless.

OTT: It was nice meeting you too, Dave.

DB: Are you okay?

DB: Would you mind us having a conversation of it all over again via text, so I can copy and paste for others to read?

OTT: Hmmm! How would you want to start the chat? I have 45 minutes free time.

DB: That would do. Thanks! How did you two first meet?

Also Read: Identity of Medikal’s side chick whose chat got leaked revealed

OTT: That would be 13 years ago. It was a weekday, and was raining pretty much. I saw him standing under a shed, trying to stop a Trotro bus. He was so wet I could understand why no car would pick him up. I stopped to ask where he was going. He was shivering in those wet clothes when he joined me in my car, so I took him to a nearby boutique, to shop for a new shirt, trouser, boxer short and singlet for him.

OTT: He changed into his new clothes. I dropped him off at his work place and gave him the umbrella in my car, just in case it never stopped raining that day.

DB: Did it stop raining that day?

OTT: It did, later that afternoon.

OTT: He asked where I worked. He paid me a surprise visit days afterwards to return my Umbrella, and we bonded in friendship from there.

DB: You liked him?

Also Read: Man throws side chick out of window after wife arrived home

OTT: I got to like him when we became friends. I saw his educational qualifications and thought I could help him secure a better job placement somewhere else. So I helped.

DB: That was kind of you.

OTT: Thank you, David. My husband told me that almost every day of our dating lives. I fell in love with his love for me. It meant the world to me.

OTT: Yes. We married three years after our first meet. He was one of the best decisions I had ever made in my life.

DB: Why do you say that?

OTT: He was different.

Also Read: Wife forces side-chick to do chores after she caught them together

OTT: I don’t know how to explain it, but he brought out the very good in me. I became the woman I had always known I could become for a man. And, our first three years of marriage was great.

OTT: I got pregnant with our first child, and he changed.

OTT: I think I saw certain signs even before the rather obvious when I got pregnant. We used to be serial texters. He could call more than five time in a day to just talk to me on phone. All that changed. Most of my texts could go unanswered or unread for hours before he would respond. Often times, his response would be that straightforward. He wouldn’t be his usual chatty self.

OTT: There was this sudden distance. He always used ‘being busy’ as his excuse, but he wasn’t that busy in the past years with me. He used to be very busy at work but I was always factored in his plan.

DB: You got him that job?

OTT: Well, I got him the interview, and he pushed his way through by impressing them. He got himself that job. I wouldn’t want to take any credits for that.

OTT: He started getting home late, like, very late every so often.

OTT: And that sudden disengaged attitude whenever we were talking. He would be in the house with me physically, but would not really be there for/with me. He actually started loving being out there, than spending time with me at home. He’d come up with an appointment of a sort, just to get out of the house.

OTT: Well, until I realized he just didn’t want my love, I assumed he did.

OTT: He would take offense at the least complaint made. He’d get angry at me for no reason. He wouldn’t talk to me because he felt I was making him unhappy in the marriage.

DB: Were you making him unhappy?

OTT: David, this is a man I’d do anything for… ANYTHING! He wanted me to get back to my original shape after childbirth – because he claimed that turned him on, I got back into my shape. I took hundreds of thousands of bank loans for him to expand on his personal projects that I have a stake in. He talked me into paying for the fees of his cousin, from SHS through to the University, which I gladly did! The woman he is sleeping with, is that same lady he calls his cousin.

OTT: The same one I paid her way through school.

DB: You must be kidding me?

OTT: She calls me ‘Auntie”

Read More: “Whether side-chick or main chick, Madam we are both Shareholders of the D!ck”, so STFU”-Posts From Akosua Sika, Facebook Slay Queen Who Was Beaten up for attempting to snatch a boyfriend

OTT: I’m not mad at him anymore, Dave.

DB: How did you know they were an item?

OTT: He accidentally called me by her name during sex one time. I’d heard him sleep talk her name in his sleep at dawn also.

DB: How did you get the proof of them having an affair?

OTT: I bought the young lady a special kind of perfume. I know the brand my husband has always been using for the past years. I use a different brand. And so I got his cousin another kind of a brand that stays on the body for hours. I just had to smell it on my husband’s body a number of times after he had been with her. I got a private investigator to get me proof, which he did. And I also got their location of meet.

OTT: He lied about traveling to work outside of Accra for a weekend, and I caught him in Accra, at their hideout that weekend.

OTT: I do every chore in the house. I cook his favorite meals. I give the sex he wants and those he hasn’t even asked for. He’s always discussing the sex positions we would have before having the sex each time. That’s how exciting our sex life was. We always knew what we were going to do and we’d do it to blow our minds and be looking forward to something new the next time. The things I’ve done to please him, just because that’s what he wanted. I keep the house tidy and always smelling good. My work schedule is very tight, but Dave, when it comes to my husband and the home, nothing trumps them.

See More: Photos: This lady tells Criss Waddle she doesn’t care to be his side-chick & more

OTT: He’s telling me to come into terms with his affair with this lady, because that’s the glue sustaining our marriage.

DB: He said that?

DB: And, how long have they been together?

OTT: That’s the part that intrigues me. He knew her before I even met him. I don’t know how long they’ve been sleeping together. But from all indications, he wasn’t single when he told me he was.

DB: What have you decided on?

OTT: I have evaluated my options.

OTT: I’m moving on with my life.

DB: Even if you may have contributed to the deteriorating marriage, one way or the other?

OTT: I’m not to blame for his betrayal.

OTT: I’ve considered what is right for our children, but I’m putting my own happiness and self-worth, FIRST!