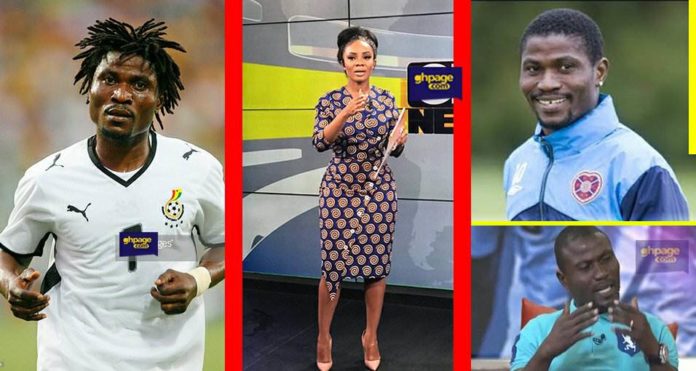 Former Black Stars winger, Laryea Kinston has revealed how he was treated at the latter part of his days at Black Stars camp by some of the executive members.

According to Laryea Kingston who was among the main core of the team who qualified the country for their first world cup, was sacked from camp few days to the tournament in 2006. after he had ditched his club to represent his home country.

“I was called by my club team coach to choose between playing for my country and the club since I formed an integral part of my club team, hence they can’t afford to lose me, but I snubbed the coach to come and play for Ghana but the treatment I was given by an executive member was so disgusting to the core.”

He also recounted how he suffered the same treatment just a day to the 2010 World Cup in South Africa.

“In our time, playing for our country was the motivation that helped us qualify the country for the first World Cup. Me, Essien, Stephen Appiah and Sulley Muntari gave a lot for the country but the way you are being pushed out of the National team when you are ageing is also something which is not nice”

“In Europe, one is being treated fairly to go home with pride after playing for his national team; you are made to play a farewell match where you are given the opportunity to captain your country in that match but it’s different in Ghana,” he added.

read more: Maame Ama Nima jailed 5 years for beating her husband’s girlfriend given 4 bedroom rent apartment and a shop after being released