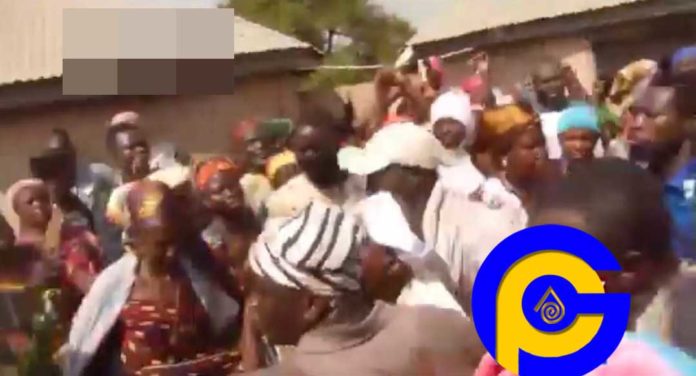 As tradition demands, the wives of the late Yaa-Naa have been tested to prove their fidelity since they married their husband.

At the end of the test where all the women were camped in the room, the 24 wives of the late Yaa-Naa Yakubu Andani II passed their test successfully amidst jubilation from their family and loved ones.

After years of marriage to the late Yaa-Naa and even after his death in 2002, these women have proven they were loyal to him and have been loyal after his death until he was buried a week ago.

The late Yaa-Naa was killed at the Gbewa Palace in 2002 with dozens of his elders. Because of a feud between the two main families of the and, the Andanis and the Abudus, the funeral rite of Yaa-Naa Yakubu Andani II was not held for the last 17 years until this year that the rite was held between January 4 to 18.

After the 24 wives of the late ruler passed the ritual exercise called ‘Gambie”, their family jubilated and praised because failure to pass the test meant disgrace for themselves and their children.

They would be shamed and disallowed to remarry. Custom demanded they remain faithful until the last funeral rites are done and they have.

The new Yaa-Naa has been named as Yo Na Abubakar Mahama. The new Dagbon ruler was confirmed Ya-Naa elect by the kingmakers of Dagbon led by the Kuga Naa Adam Abdulai.

SEE ALSO: My husband sleeps with our 6yrs daughter-Ghanaian woman