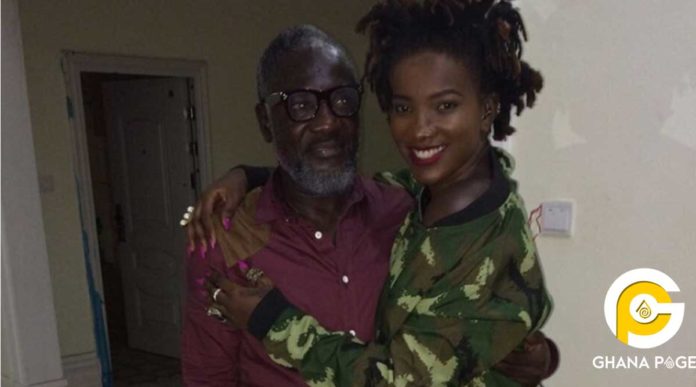 The father of late Ebony Reigns has reacted to allegations by a 17-year-old occultist that he is behind the death of his daughter.

According to Nana Opoku Kwarteng popularly known as Starboy Kwarteng, he is not a member of any occultic group and all the allegations are false.

ALSO READ: Ebony was killed by her own dad -17yr old occult alleges

He further revealed that he has no idea about how an occultic group operates and is never involved in such practices.

Starboy Kwarteng added that he knows that people who are in such groups are very wealthy but he is not so it is surprising why people always refer to him as such.

He also stated that reports circulating that he had a sexual relationship with his daughter are false and that he only loved her as his daughter.

This comes after a 17-year-old who claimed to be a former occultic member alleged that Starboy Kwarteng is to be blamed for the death of Ebony Reigns.

He revealed that Starboy Kwarteng is a grandmaster in the occultic world and is responsible for the death of the late Ebony.

Ebony Reigns originally known as Priscilla Opoku Kwarteng lost her life in an accident on the Sunyani-Kumasi highway with her friend Franky Kuri and military officer on 8th February 2018.