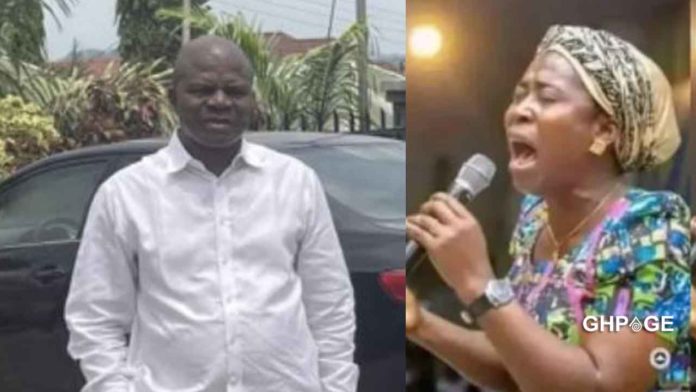 It has been reported that the husband of the late Nigerian Gospel Singer, Osinach Nwachuku, Peter Nwachukwu has escaped prison.

Peter Nwachukwu, was one of those who escaped during last Tuesday’s terrorist attack on the Kuje Medium Security Correctional Centre in Abuja.

The Nigeria Correctional Service (NCOs) in a report following the incident has said a total of 879 inmates escaped from the facility during the night attack.

According to SaharaReporters, multiple security sources today Tuesday, July 12, confirmed that the husband of the late gospel singer was among the escaped inmates.

“During our roll call yesterday, we discovered that the husband of the late gospel singer was missing,” a Senior Prison Official reported.

Peter Nwachukwu was accused when his wife died on April 8. It came out that he killed the wife.

He was accused of subjecting the deceased to domestic violence, leading to her death.

He was alleged to have kicked Osinachi in the chest, leading to a blood clot that eventually killed her.