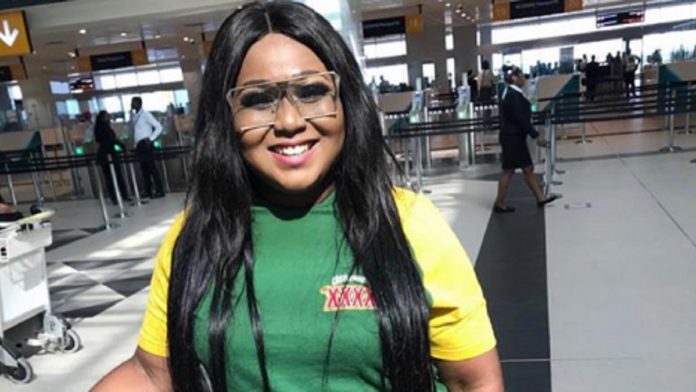 Controversial Kumawood Actress Xandy Kamel has reacted to the online trolls aimed at Wendy Shay over the ‘childish’ comments she made about her net worth.

According to Xandy Kamel, the “Uber Driver” hitmaker just wants to trend hence her comments about her properties.

The actress added that Ghana is boring and Wendy Shay made that comments because she wants to be in the news.

Xandy Kamel further stated that Wendy Shay didn’t really mean what she said during the interview and that she will say anything just to trend.

The Kumawood actress made her submission in a video on Instagram with the caption; “Dear @wendyshayofficial you forgot to add the container full of wigs you brought to Ghana as ur brand and your German passport don’t mind Ghanaians wai they don’t know you said all that to trend ? @ray1j_ stop crying wai na we don’t actually care koraa @bulletruffnsmooth you know how to make your artist be in the news all the time Weldon sir ??”

This comes after Wendy Shay received massive backlash for saying ever since she joined RuffTown Records she can boast of properties like iPhone, iPad and a camera.

The musician who was signed unto RuffTown Records barely a year ago added that she can afford anything a young girl like her needs.

However, some entertainment critics have defended Wendy Shay’s statement explaining that she is young in the music industry and cannot acquire huge properties within such a short period.