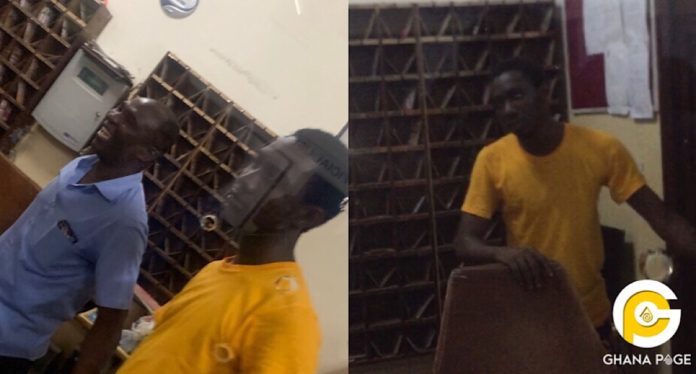 The University of Ghana has been receiving a lot of bad press lately, and the unwanted limelight seems not to be diming out. What has happened again, you may ask?

Yesterday the 23rd of October,2019, around 11:45 pm, a male resident of Alexander Adum Kwapong hall broke into a female student’s room and attempted to rape her whilst she was fast asleep.

The currently unidentified girl began screaming, alarming nearby students and hall officials (porters), who quickly came to her aid.

Upon arrival, the gentleman who has been nicknamed Churchboy was in the process of forcefully initiating sexual intercourse with the girl who clearly wasn’t interested.

The hall officials accosted the young man and took him into custody to avoid being lynched by the angry mammoth crowd that was beginning to gather in front of the room.

According to some residents, Churchboy is a devout Christian who goes about preaching God’s word in the hall; therefore, his actions totally come as a surprise to them.

The University authorities are currently investigating the issue in collaboration with the Legon Police Station.