GhPage Entertainment Leila Djansi Says Women Who Are Married But Unemployed Are Just Like...
Entertainment 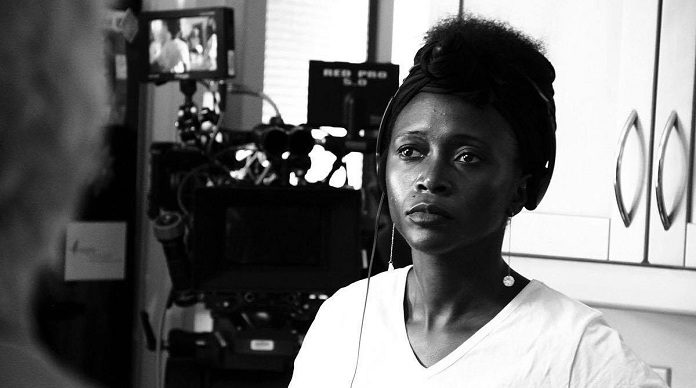 Ghanaian movie director and producer, Leila Djansi has the habit of making ridiculous claims and statements in relation to feminism but this seems to be overboard. Leila Djansi claims if you are a lady and you are married but unemployed, you just like Moesha Boduong who relies on married men and old men for a living.

A couple of weeks ago, Moesha Boduong, a Ghanaian actress, and Model sparked controversy in the media when an interview she had with CNN’s Christiane Amanpour was published by the network.

SEE ALSO: Moesha’s ‘S£x For Cash’ Comment Is An Insult To All Hardworking Girls And Independent Women – Eazzy

In the interview, Moesha admitted to sleeping with married men who can take care of her. According to her, the economy of Ghana is such a way that, a woman cannot be self-sufficient and will just need a man to take care of her.

Ghanaians became upset with that statement and severely criticized and mocked her. Many could not understand why she will generalize her statement. A lot of renowned personalities have added their voice to the claims by Moesha. The latest is Leila Djansi.

And according to Leila Djansi, married women who are unemployed are just like Moesha since they are also depending on men for their livelihood.

It’s sickening how an educated person like Leila can make such absurd claims. Well, coming from her, many of us won’t be surprised at all.

“If you really want to disassociate from it, stop condoning the practice of sending women into marriage whether they are financially sound or not!

If you are a woman without a job and cannot fully afford your bills and you enter marriage not so you can have/be a partner, but so the husband can ‘foot the bills’ you are no different.”

She said there have been several calls and advocacy for independent women and not women who become cooks and babysitters.

SEE ALSO: She Couldn’t Stand The Trolls And Insults: Poor Moesha Boduong ‘Runs’ To Delete The Controversial Video From Her Instagram Page

“It’s because of these issues that we’re advocating for independent women! Not women who are ‘cookers’, cleaners and child-bearers whiles the men are breadwinners, sponsors and sitting on the couch’ers. 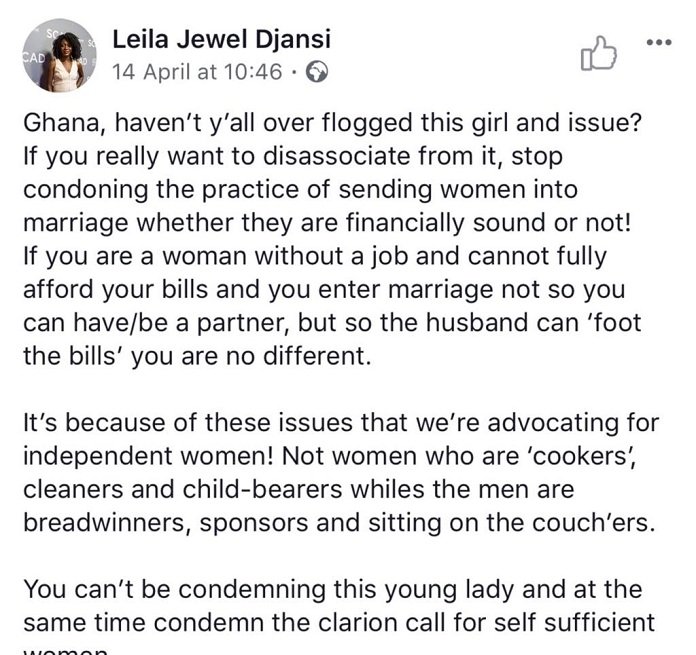 SEE ALSO: “Dear Ghana, Please Find It In Your Heart To Forgive Me” – Moesha Boduong Apologizes