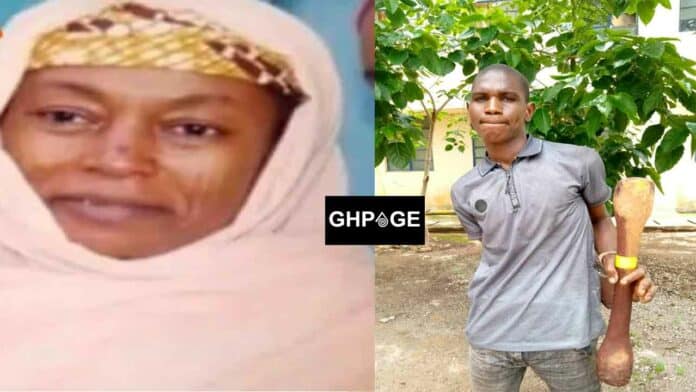 The Katsina State police have arrested a level 200 student of the Federal University, Dutsinma (FUDMA) for allegedly killing his stepmother with a pestle.

The suspect identified as Najib Umar Shehu reportedly had a misunderstanding with his 60-year-old stepmother and attacked her with a pestle.

According to reports, the victim was a retired civil servant and the unfortunate incident happened at their residence in Ambassador Quarters, Nigeria

The spokesperson of the Katsina State Police Command, SP Isah Gambo revealed in a statement how the suspect murdered his stepmother.

“He went into the kitchen, grabbed a pestle, hit her severally with it on her head and as a result of which she sustained head injuries and was confirmed dead by a medical doctor”, he disclosed.

He also explained that the suspect also hit his father on the leg with the same pestle and also suffered fractures on his leg.

25-year-old Najib Umar Shehu was later arrested and he confessed to committing such a hideous crime.

He is currently in police custody and investigations are ongoing.