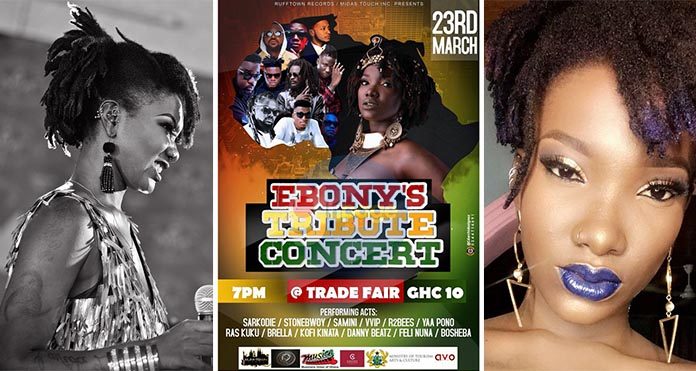 Ruff Town Records and Midas Touch Inc. in collaboration with the Musicians Union of Ghana (MUSIGA), Ministry of Tourism, Arts & Culture and Kasapreko Company Limited have scheduled Friday, March 23 for a tribute musical concert in celebration of the late Ebony Reigns.

According to the organisers, the tribute concert which will be held at the Trade Fair Centre in Accra is being organised to honour Ebony, who has contributed immensely to the progress of Ghana’s music industry which starts at 7:00 p.m.

The organisers disclosed that the artists who will perform at the event. Some of the artistes billed for the tribute concert include Zylofon’s Becca, Stonebwoy and Shatta Wale. Also to perform on the night are Sarkodie, VIP, R2Bees, Edem, Kofi Kinaata and Efya. Others are Samini, Kwabena Kwabena, Nana Yaa, Obour, MzVee, Teephlow, Tic Tac, Barima Sidney and a host of others.

Meanwhile, Ebony Reigns will be laid to rest on Saturday 24th March 2018 at the Forecourt of the State House. 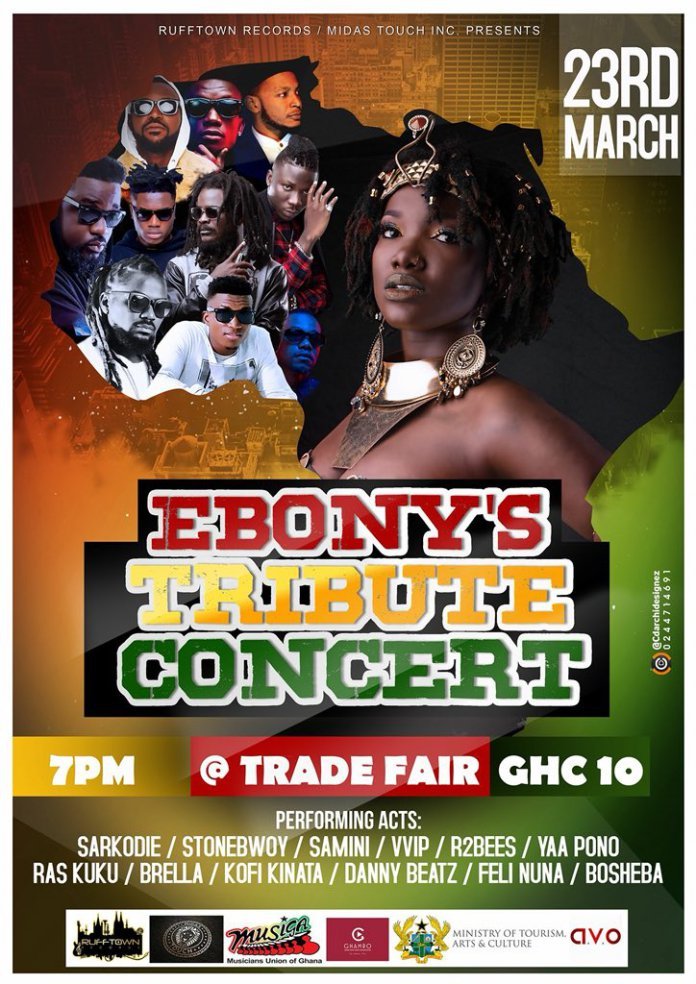