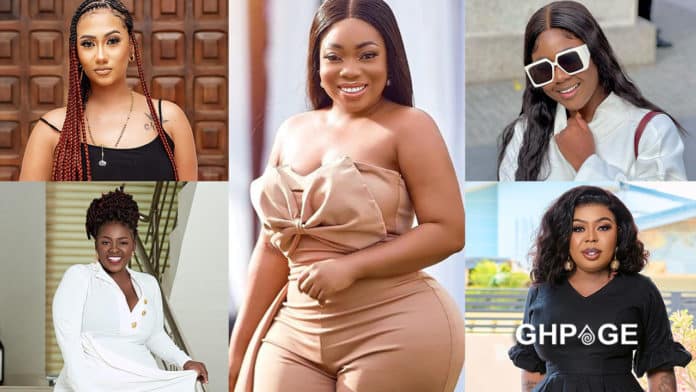 Moesha Boduong’s recent controversial write-ups about a number of celebrities close to her have put the rest of the friends in her close circles on high alert.

In recent weeks, the former socialite, who has completely transformed into a preacher of Christian values, caused a stir on the internet with some eye-opening remarks she made while delivering prophecies she claimed to have received from God.

While doing so, she exposed Sandra Ankobiah in a disguised apology where she claimed they both used to date men for money.

As if the damage she did to Sandra wasn’t enough, Moesha broadened her territory by sharing some information about Serwaa Amihere in the comments section of a picture the newscaster shared on IG.

Nana Ama Mcbrown’s daughter Baby Maxin was next in line. Moesha predicted that the young girl will be more powerful than her mother who has an enviable brand in the Ghanaian showbiz industry.

With the sequence of events unfolding, some Ghanaians are now hot in anticipation of who is next on the list for Moesha to expose.

On the back of this, a list of potential suspects she could expose has been released considering her close relationship with them and animosity with some others as well.

Swipe left to go through the images below for the full list: