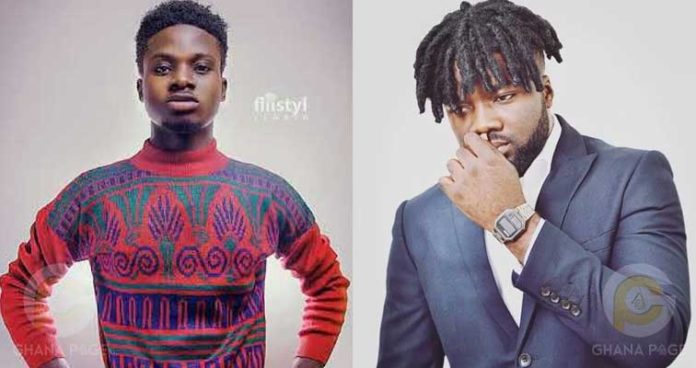 Ghanaian musician, Michael Takyi-Frimpong popularly known as Lord Paper, who last year announced he has repented after visiting the founder and leader of the Perez Chapel international Bishop Charles Agyin-Asare for prayers has angrily threatened to beat Kuami Eugene if he dares to talk back at him.

According to Lord Paper in a series of screenshots from his WhatsApp chat available to us, he got fumed with what he described as selfish on the part of Kuami Eugene who ditched his ‘small girl’ after recording a song with her.

According to the screenshots, a DJ has featured Kuami Eugene, Yaa Pono, Lil Win and Enam who happens to be the small girl of Lord Paper.

Read also: Lord Paper: I Have More S3X Videos And Will Release Them In 2017 If…

Kuami Eugene, realizing the Enam has done much better on the track feared that she might take his shine when the track is released into the public domain wickedly requested the girl’s version be deleted which was adhered to by the other three.

Lord Paper has, therefore, threatened to expose and shame Kuami Eugene whenever he gets the chance to grant an interview an noted that he’s not scared of Lynx Entertainment like other musicians.

See the screenshots below… 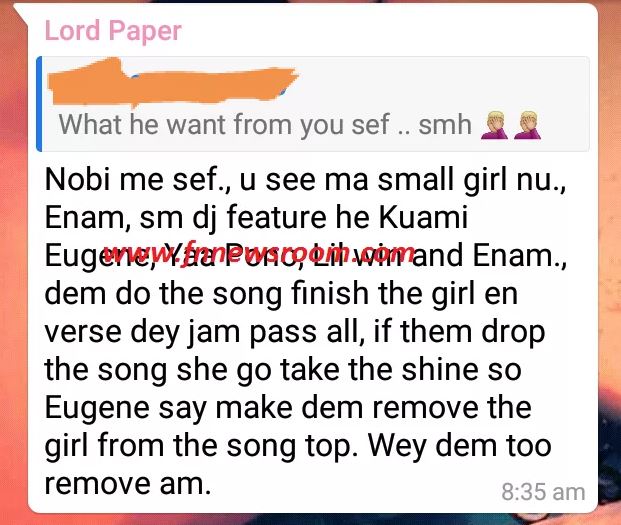 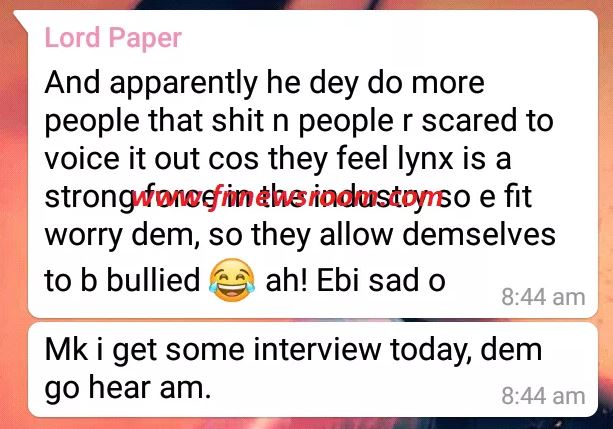 Lord Paper is known for his 2016 controversial x-rated “Awurama” video which many have described as a soft p*rn attracting so many criticisms to the extent of affecting his sprouting music career.