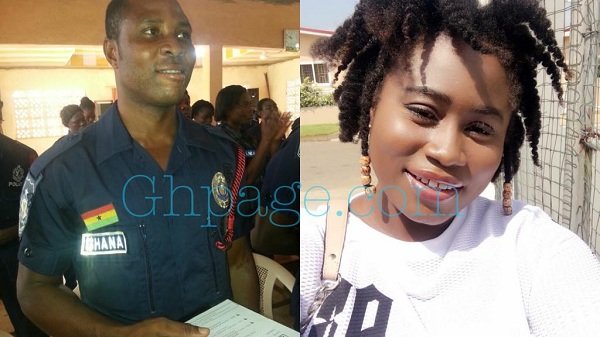 Yesterday, outspoken Ghanaian actress, Lydia Forson shared a violent video on her social media handles where she alleged she has been abused and mercilessly slapped by a National security officer while Police Officers looked on.

According to Lydia Forson, they were in the process of shooting a movie on a road behind NAFTI when the officers intercepted them and accused them of using the road without a permit.

In the middle of the confrontation between the directors and the officers, Lydia Forson apparently began to film the officers, an act which they didn’t take kindly leading to the actress receiving the supposed slaps from the National security officer.

Part of Lydia Forson’s report on her Facebook Timeline reads: “He (Officer) quickly lunged at me and tried to hit the phone out of my hand, in the process he punched my arm and continued to come for me. Save for the crew, this man was ready to beat me to a pulp and he said as much.”

Another Police Officer named Christopher Kpeli has responded to the trending video of the supposed assault on the actress. According to the Police Officer, this is happening because Ghanaians call “Anything” a celebrity.

SEE ALSO: Pressure!: Popular Ghanaian celebrities who are under pressure from their fans to get married

He added that Lydia Forson was disrespectful towards the officer and she wouldn’t have dared to do that if a Fulani man had confronted her but because it was a police officer, she fell comfortable to scream and insult him. Christopher Kpeli Posted on Facebook

We call “anything” celebrity in this country! One Lydia Forson, heard screaming on top of her voice in this video, “I know my right”. Just let one hungry “Fulani nomadic” pulls a kitchen knife at her and see how she’ll begin to beg and even offer him many options – including ?, just to save her miserable life – at that time, she might probably forget she had a right… but see how she’s bluffing a Ghanaian security man, may be, for no reason, but just that she calls or people call her “celebrity”.

Anyway, we are trained to contain characters such as her. God gives us the heart/strength to endure them. The kind of her, Lydia Forson get to police checkpoints and start to look down upon the policeman on duty with impunity. Christopher Kpeli added.

WATCH THE VIDEO OF THE ASSAULT BELOW

SEE ALSO: Lydia Forson explains how she was s3xually abused by a producer when she started acting