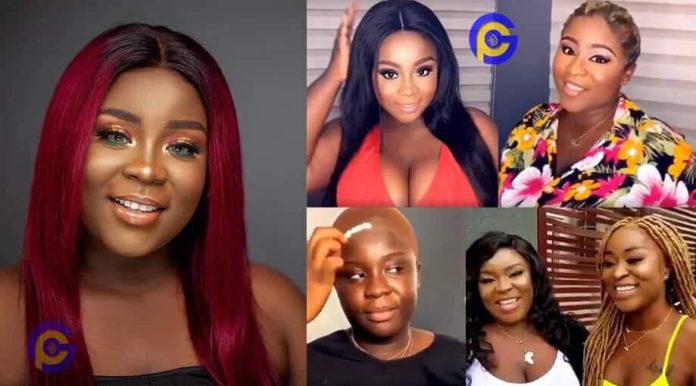 Maame Serwaa started her acting career at age 6 and has starred in a lot of movies and also achieved a lot.

The young talented actress is a graduate of Serwaa Nyarko Girls’ Senior High School and is ranked the richest child actress in Ghana.

She has featured in several movies like Tumi, School Girl, Me ba, Sekina, Ntaafo Tumi and several others.

Maame Serwaa has been active in the movie industry for over 10 years and is loved by all and sundry.

Maame Serwaa who started her acting career at a very young age has transformed into a very beautiful lady.

Unfortunately, Maame Serwaa lost her mother Rose Benson in December 2017. It was a very big blow to her because she was very close to her mother.

The actress is the only girl among three children and her father is also known as George Benson.

Maame Serwaa recently signed a new deal with Silvanus Records for a period of five years. She received a car, a house and also a huge sum of money.