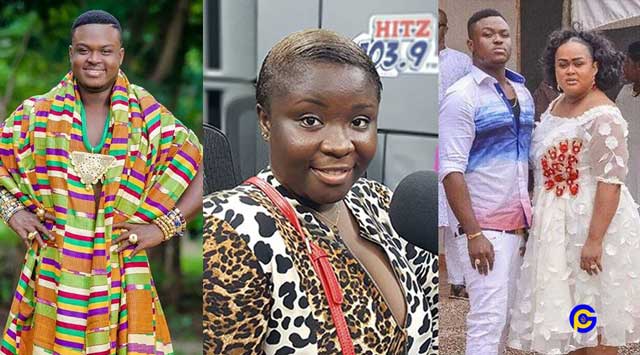 Young Kumawood actress Clara Benson popularly known as Maame Serwaa has refuted claims that she has an amorous relationship with the first son of colleague actress Vivian Jill.

According to the actress, these allegations are news to her because Vivian Jill’s son known as Clinton Prempeh is just a good friend.

“Clinton and I are very good friends. We have never gone on a date before so I was really surprised when I heard that news.

He is a good friend to me and there is nothing more to it”, the young talented actress disclosed.

ALSO READ: It has always been my wish to complete University -Shatta Wale

In an interview with Andy Dosty on Hitz Fm, the young actress also pleaded with her fans and Ghanaians to stop comparing her to teen actress turned musician Yaa Jackson.

According to Maame Serwaa, she has a very good relationship with Yaa Jackson and wouldn’t want anything to destroy that.

“Comparing us is not a good idea because We are both doing different things. We are good friends and I really enjoy her music. People should just put a stop to that”, she added.